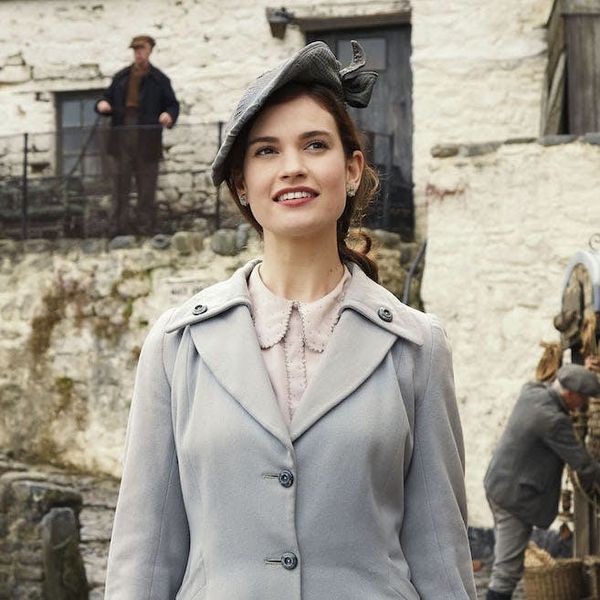 The second half of summer is shaping up to be a big one for Netflix. Along with its standard refresh of your favorite movies and TV shows, the streaming giant is releasing a massive 47 original titles in August. We've done the research and handpicked some highlights in series, movies, and specials that we're most excited about — and think you will be too. Click through and make note of the eight most exciting Netflix originals to watch this month. (Photos via Cara Howe/Netflix + StudioCanal + Jackson Davis/Netflix + Masha Weisberg/Awesomeness Films/Netflix)
Like Father (August 3): Kristen Bell stars in her first Netflix feature film as a workaholic ad exec who gets stood up on her wedding day and ends up taking her father, played by Kelsey Grammer, on what was supposed to be her Caribbean honeymoon. Lauren Miller Rogen wrote the movie and makes her directorial debut — and she also happens to be married to another of the film's stars, Seth Rogen. (Photo via Emily Aragones/Netflix)
The Guernsey Literary and Potato Peel Pie Society (August 10): Netflix is on a roll with its romantic features lately. In this adaptation of the best-selling novel by Mary Ann Shaffer and Annie Barrows, aspiring writer Juliet (Lily James) visits the island of Guernsey post-WWII after exchanging letters with several members of a literary society there. What she finds changes her life in more ways than one. This is exactly the movie you want when you're hiding from the heat in the AC in the dog days of August. (Photo via StudioCanal)
Disenchantment (August 17): The Simpsons and Futurama creator Matt Groening brings his new fantasy cartoon series to Netflix. Broad City's Abbi Jacobson voices a free-wheeling, heavy-drinking princess named Bean who would rather get up to shenanigans with her friends Elfo the elf (voiced by Nat Faxon) and the cat-demon Luci (voiced by Eric Andre) than take on her royal duties. Honestly, same. (Photo via Netflix)
To All the Boys I've Loved Before (August 17): Netflix is sure to have another rom-com hit (a la Set It Up) on its hands with this one, which sounds like a high school nightmare come true. The secret love letters that Lara Jean Song (Lana Condor) has written to her five crushes somehow get sent to them — and her whole life is turned upside down. We're already cringing! (Photo via Masha Weisberg/Awesomeness Films/Netflix)
The Innocents (August 24): The details about this new sci-fi coming-of-age series have been kept pretty mysterious, but what we do know makes it sound totally binge-worthy. Sixteen-year-old June is fed up with her controlling father and runs away with her boyfriend, only to discover the real reason for her dad's strict rules — she has supernatural shapeshifting abilities. (Photo via Netflix)
The After Party (August 24): Current hip-hop star Kyle plays an aspiring rapper who goes viral for the wrong reasons, but has a chance to make it right. The comedy features some of the biggest names in music, including Wiz Khalifa, Teyana Taylor, and more. (Photo via Rich Fury/Getty Images for Coachella)
Ozark Season 2 (August 31): If it feels like forever since you binged Netflix's hit drama Ozark, pine no more, because the Byrde family is returning this month to try to navigate the drug trade they've stumbled into. Nothing like a dark, intense drama to see you through the last days of summer. (Photo via Netflix)
The Comedy Lineup part 2 (August 31): Netflix's new attempt to feature bite-sized standup sets from some of today's best up-and-comers paid off in season 1, and season 2 will give you a chance to discover even more of your new comedy faves. Crazy Ex-Girlfriend's Emma Willmann, Max Silvestri, and more will appear. (Photo via Jackson Davis/Netflix)
Nicole Villeneuve
Nicole is an entertainment and lifestyle writer covering pop culture, news, and cool women doing cool things. She likes yard sales, MTV's Teen Mom, and putting too many memes in the group chat. She lives in Toronto.
Movies
Pop Culture
Movies Netflix Streaming TV