11 Drool-Worthy Cookbooks Coming Out This Month 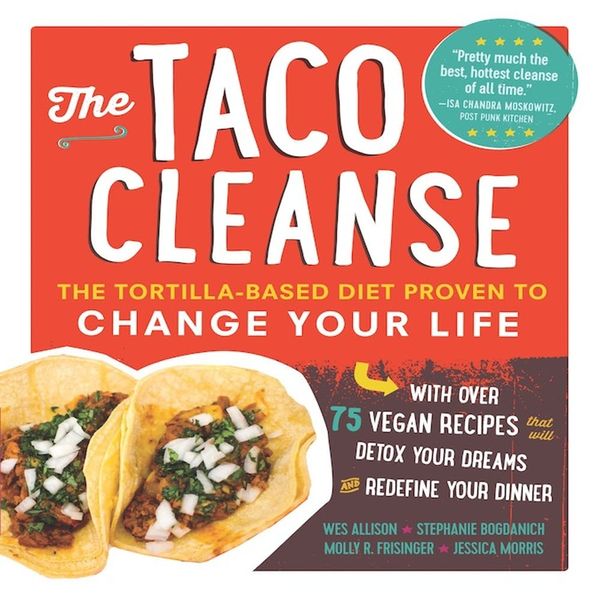 There’s finally a hint of a winter chill in the air, giving you a gentle push into the kitchen to try your hand at some yummy baking recipes and hearty dinner ideas. There’s something soothing about spending a Sunday afternoon making a delicious dish, even if it’s just for yourself to enjoy. Just in time for the biggest eating season of the year are a slew of new cookbooks hitting the market. Get ready to make some room on your bookshelves, because you’re gonna want them all.

1. Soup & Comfort by Pamela Ellgen ($17): There’s nothing better than a piping hot bowl of delicious soup when it’s chilly outside. This book has recipes for over 135 different kinds. There’s a huge, huge variety in here, from paleo-friendly to gluten-free to vegetarian, and the nutrition information is included with each recipe. (out December 1)

2. The Rawesome Vegan Cookbook by Emily von Euw ($14): The holidays tend to be a time when it’s easy to eat not-so healthily, but all the recipes in this cookbook will keep you feeling good and full, even if you’re usually a meat eater. Vegan foodie Emily von Euw proves that eating clean doesn’t mean eating boring. (out December 8)

3. Beans to Bread: Ezekiel Style Cookbook by Lisa Pietsch ($10): Turning beans into jelly donuts and cinnamon rolls might sound weird, but the glossy photos in Beans to Bread will totally change your mind. Whether you are trying to incorporate more protein in your diet or are just trying to be healthier, Lisa Pietsch’s recipes are a way to indulge your sweet side without going overboard. (out December 24)

4. The Eli’s Cheesecake Cookbook by Maureen Schulman, Tara Lane, Diana Moles and Jolene Worthington ($19): Chicago’s famed Eli’s The Place for Steak’s cheesecake is so good, President Obama requested it for his fiftieth birthday fete. For the first time ever, the restaurant is releasing recipes for their renowned dessert, along with 39 other cheesecake variation recipes. Also included is the history of the restaurant, a cool extra. (out December 1)

5. The Classic Slow Cooker by Judy Hannemann ($17): Winter is prime season to bust out the slow cooker, and this photo-filled hardback has recipes covering everything from appetizers to desserts. Foodies may be familiar with author Judy Hannemann’s blog The Midnight Baker, but this is her very first cookbook, and hopefully not her last. (out December 3)

6. The Ultimate Paleo Cookbook ($17): Ten popular paleo chefs join forces to share a whopping 1,000 recipes, all grain and gluten free. The cool thing about this book — now in a paperback — is that it has sections for super affordable recipes, paleo lunches you can pack for work, kids’ food ideas and even dinner party dishes. It’s a great guide for anyone going paleo. (out December 29)

7. Dinner for Two by Julie Wampler ($19): If you live alone or with one other person, you know how tricky orchestrating your meal can be without ending up with a fridge full of leftovers. Dinner for Two offers up over 70 solutions. Best of all, the recipes were crafted with working women in mind, and no recipe is too time consuming. (out December 7)

8. Vegan Love Story by Rolf Hiltl and Reto Frei ($28): The family behind the oldest vegetarian restaurant in the world (located in Zurich) and the Frei brothers, who have award-winning restaurants in Switzerland and England, come together to share their favorite vegan meals with the masses. Not only are the photographs stunning, but their recipes are more worldy and rich than the usual vegan fare popular across the foodie blogosphere. Whip this book out when you want to make a truly special meal. (out December 15)

9. The 100% Natural Foods Cookbook by Caleb Warnock ($13): Most people know processed foods are far from healthy, but knowing how to cook with all-natural ingredients can be tricky. Author Caleb Wamock shares his tried-and-true recipes that have won over even the toughest critics: kids. (out December 8)

10. The Everyday Baker by Abigail Johnson Dodge ($28): Take your holiday baking to the next level with the sweet — in every sense of the word — recipes in The Everyday Baker. The recipes were made with non-baking experts in mind and are pretty foolproof. The holidays are busy enough. Let this book help you get sh*t done. (out December 1)

11. The Taco Cleanse by Wes Allison, Stephanie Bogdanich, Molly R. Frinsinger and Jessica Morris ($12): Finally, a meal plan that requires eating tacos for every meal. Um, yes. From breakfast taco ideas to delicious fillings like tequila sausage and creamy jalapeño salsa, this book will transform you into a taco ninja. Taco party, anyone?

What’s on your cookbook shelf? Let us know in the comments below!

Emily Laurence
Emily is a contributing writer for Brit + Co and former teen magazine editor. She lives in New York City, where she's on a mission to find the most delicious mocha in the East Village.
Baking
Dessert Recipes
Baking Books Soup Recipes Tacos
The Conversation