3 New Books About Rebellious Women You *Need* to Read RN 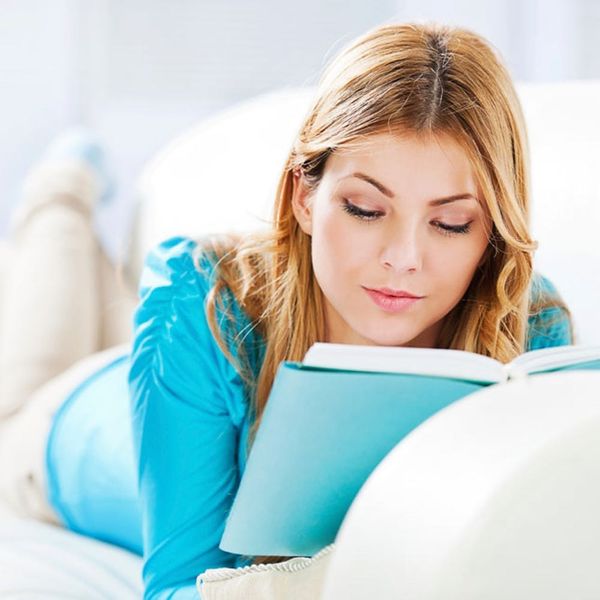 In the wake of Monday’s debate, it seems more a reality than ever that well-behaved women — those who sit back, take what they’re given and never try — seldom make history. On the other hand, women who go against the grain, women who rebel and women who speak out on behalf of their strong beliefs often find their way into the history books. This week’s book club features the stories of an author, a First Lady and a group of essayists who aimed to go against the grain, finding success in being unconventional and outspoken.

1. Shirley Jackson: A Rather Haunted Life by Ruth Franklin ($26): Shirley Jackson was a writer who not only defied mid-20th-century expectations for women, but also resisted any sort of categorization in her work. Jackson is perhaps most famous for her short story “The Lottery,” a chilling tale of a town’s deadly ritual that resulted in hundreds of angry letters upon its publication in the New Yorker, was banned in at least one country and sparked literary echoes as far-flung as The Hunger Games. However, her influence stretches further, through several memorable novels and an indelible personality.

Jackson’s Gothic novels, such as We Have Always Lived in the Castle and The Haunting of Hill House, were haunting and creepy, perhaps especially in the occasional flash of comedy overhanging their bleak subject matter. They featured protagonists in a desperate battle against a restrictive society, along with their own personal demons. Jackson’s life presented ample fodder for these works, as she grew up seemingly unable to fit into a world that placed intense strictures on the women who dared to live in it. Her mother never accepted the way young Shirley looked or behaved, and later, her husband, famous critic Stanley Edgar Hyman, made no secret to her of his constant affairs and betrayals.

Jackson could have retreated into the world of the housewife, but refused to be cowed by these influences, writing, drinking and smoking her way through a vibrant but too-short life. She even claimed to be “a practicing amateur witch” who had broken a publisher’s leg by magical means! Ruth Franklin’s biography, composed in part from new interviews and recently discovered correspondence, presents a woman in conflict with her time, along with a strong argument as to why Jackson should be included in the male-heavy literary canon for her pioneering work in domestic horror that was more than just “The Lottery.” Fans of Jackson’s work will feel like they’ve won a lottery of a different kind; newbies to her oeuvre may discover a rebellious woman worth waiting for.

2. Eleanor and Hick: The Love Affair That Shaped a First Lady by Susan Quinn ($18): Eleanor Roosevelt’s accomplishments were legendary. More than “just another First Lady,” she has become almost as famous as her husband, taking an active role in the creation of the New Deal programs, along with her work for the UN’s post-Second World War Human Rights Commission. It wasn’t necessarily a role that came naturally to Roosevelt. Just like Shirley Jackson, she grew up shy, ungainly and unhappy. When Lorena Hickok, or “Hick,” came into her life, she was an outspoken political journalist working for the Associated Press, a rarity in the 1930s. The two women seemed like very different people (“it would be hard to imagine a less likely pair than Eleanor and Hick,” writes biographer Quinn), but formed a fast friendship and long-standing relationship that would end their shared loneliness and shape both of their lives. Eleanor and Hick serves as a biography of them both, and the importance of their intertwined stories.

Eleanor had made a name for herself before entering 1600 Pennsylvania Avenue during the Great Depression, and was afraid that the strictures of her new job would erase the strides she had made as a political activist and teacher. Her disappointment in her marriage and her unease at her role in the spotlight were ameliorated by Hick’s presence and guidance; she used Hick’s reports on the poorest areas of the country to recommend concrete and detailed political aid, and their correspondence eventually formed the basis for her nationally-syndicated column, “My Day.” For her part, Hick’s abusive, poverty-stricken childhood had an end in her own room at the White House, next door to Eleanor’s, for the Roosevelts’ entire tenure in the building.

Quinn sorts through the over three thousand letters the two sent to each other — honest, passionate and principled correspondence — to create a fascinating picture of the power and joy of the women’s “subversive act” and its beneficial impact on the country at large. Franklin Roosevelt’s political strategist Louis Howe once put forward the idea that Eleanor “should run for president herself” — a timely notion, as we might just be about to see another former First Lady make some history.

3. The Bitch Is Back: Older, Wiser, and (Getting) Happier edited by Cathi Hanauer ($22): If there’s one thing any rebellious woman knows, it’s that sometimes you have to embrace your inner bitch to get things done. Sequel to 2003’s acclaimed and searing The Bitch in the House, an all-female essay collection that explored the paradoxes of womanhood at the start of the new millennium, The Bitch Is Back brings back nine of the original essayists and sixteen new voices to discuss what has changed, and what has (regrettably) remained this same, in the intervening decade. The bitches are older, but they’re still here.

Many of them are happier too, having become more confident and taken control of their own destinies, as many of the contributors have gone from their thirties to solidly “midlife” (with or without the crisis). The “original bitches,” or OBS, give us updates on their lives, showing there’s still plenty of rage and agitating to go around, though, as work, love, independence and gender roles remain fodder for injustice and disappointment. The new contributors bring a fresh look to the collection, many just beginning their bitching careers.

Contributors such as Kate Christensen, Hope Edelman and Hanauer herself give us the lowdown on the tribulations of being a sole breadwinner, leaving an unhappy marriage or staying in an unconventional but happy one, among other lifestyle decisions and lessons. Essays detail these new types of arrangements and family units in “a period of arguably the greatest sexual, gender, marriage, and relationship transition in history.” You don’t have to have read the original collection to enjoy this one, but we wouldn’t blame you if the new book has you seeking out the old. After all, today’s rebellious women are all standing on the shoulders of those who have rebelled before.

Which of these rebellious-lady books are you planning to read? Tweet us @BritandCo.

Ilana Lucas
Ilana is an English professor, theatre consultant and playwright based in Toronto, Canada. When she’s not at the theatre or insisting that literary criticism can be fun, she’s singing a cappella or Mozart, occasionally harmonizing with the symphony, or playing “Under Pressure” with her rock handbell group, Pavlov’s Dogs.
Books
Home News
Books Feminism Girlboss
More From Home News