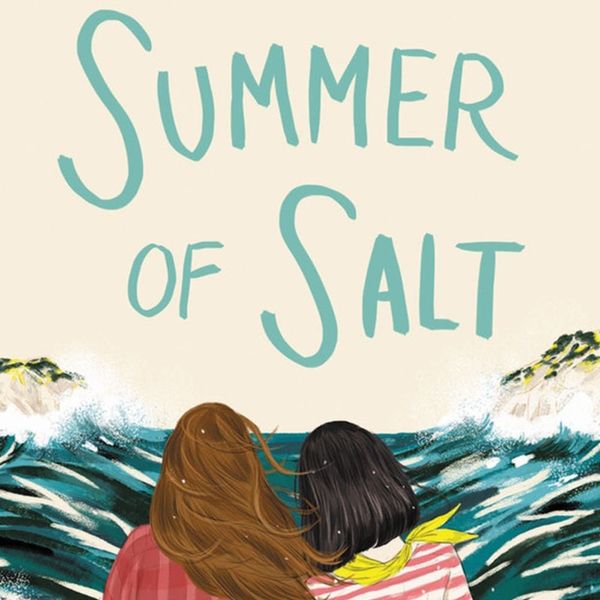 As avid bibliophiles, we’ve taken a nosedive into nearly all genres of literature (yes, we’ve even scrolled through our phone at 2am and picked out books based on our Hogwarts houses and horoscope signs). But, we must admit, there’s nothing quite as satisfying as sitting down with an easy young adult read to really put us in a summer reading mood. That’s why we’re throwing it back this summer and investing in a few new young adult books to add to our ever-growing reading list. Happy reading season, everyone!

Magic is passed down through generation after generation in the Fernweh family, but 17-year-old Georgina is impatiently waiting for her turn to experience being enchanted. Now with an important birthday looming, Georgina is starting to wonder if she’ll ever experience familial magic as she sets off on an adventurous summer of new relationships, mysterious birds, and fierce storms. Shining a spotlight on hereditary bonds and diverse representation, Leno’s lyrical magical realism novel is the perfect feel-good fairytale to kick off summer reading.

Charlie Grant can’t wait for her sister’s wedding… mostly because it will finally give her family an excuse to be under one roof again! Desperate to make this last weekend together with her four older sisters a success, Charlie puts off making decisions about college and her romantic life so she can focus on her family. Unfortunately, everything about the weekend is going wrong — from an unexpected howling dog to a papergirl with a grudge — leaving Charlie to wonder if trying to hold onto the past could be hindering her future relationships. PS: All first editions will be signed by the author, so get your copy quick!

From the very moment Betts meets Aiden at the candy store where she works, she knows in her gut that they are destined to be together. Unfortunately, Betts’ best friend Jo doesn’t quite see the appeal — in fact, she finds Aiden needy and dangerously possessive. As secrets between the best friends mount, Betts experiences the whiles and trials of a complicated first love.

Rose Asher has a secret: She’s best friends with the ghost of her 15-year-old brother. But now that her old friend Jamie Aldridge finds his way back in her theater-loving friend group, Rose discovers that he’s also hiding a familiar secret — one that will draw her back to her old life, apart from her brother’s ghost.

Beckett Gains is a gay teen living in South Carolina (or what he calls the “ass-crack of the Bible belt”) and he’s beyond annoyed that his emotionally fragile dad has started dating the recently single mom of his former bully Jaxon Parker. Putting aside their past, Beck and Jax devise a Parent Trap-like plan to derail the budding romance at their town’s first Rainbow Prom.

All Cookie Vonn every wanted was to get out of Phoenix and become the next great NYC fashion designer, but recent events are making that dream more difficult than ever. After scoring a trip to New York to pitch her design portfolio, Cookie’s plans are derailed when she’s declared too fat to fly — and they’re made even worse when she’s replaced in the program by her arch rival. Vowing to lose weight so she can finally accomplish her dreams, Cookie returns to New York a physically changed woman. Unfortunately, despite her new outward appearance, she’s still struggling to fit in her new intense, negative fashionista world in this stunning novel about loving yourself at any size.

ée Ahdieh ($19): In Flame in the Mist, we read how the daughter of a prominent samurai Mariko ditches her fate of a politically-charged marriage and instead infiltrates a gang of bandits (dressed as a peasant boy) to learn the shocking truth about her family. Now, in the highly anticipated sequel, Mariko must rescue a captured Okami by tricking her brother and betrothed into thinking that she is being held by the bandit gang against her will. With action, romance, and intrigue aplenty, you’re definitely going to want to get your hands on this exciting finale to Ahdieh’s YA series ASAP.

<em>A Flicker in the Clarity</em>

Ask anyone in town and they’ll tell you that Evie and Emma are fiercely inseparable. But after Evie makes a rash decision that lands Emma in serious trouble, Emma has no other choice but to freeze her ex-best friend out of her life. After doing her best to adjust her social scene and meet a new crowd, Evie starts to rebuild her friendship with Emma. But with erratic behavior, drunken exploits, and odd phone calls from the “new” Emma, Evie isn’t entirely sure if their relationship can still be saved.

Lulu Saad’s life is getting more complicated by the second — not only is her girl squad starting to fracture, but she almost accidentally drowned a cute guy at a party (don’t worry, he was totally faking it), and even caused a big scene during Ramadan that got her grounded for life. In this proudly feminist book staring a Muslim-American teen, Aminah Mae Safi unveils the complicated ways in which we ask and seek forgiveness.

17-year-old Dessa Rhodes is a modern-day nomad and travels with her family in a small communal caravan. But while her nomadic lifestyle alongside her best friend Cyrus has always been exhilarating, all Dessa really wants to do is attend art school, but unfortunately, she hasn’t been accepted anywhere. Then she gets an unexpected opportunity to intern with a local artist in Santa Fe. But just as she begins to prove herself artistically, she learns of an unexpected blow to her family that will make choosing between her life-long dream and traveling with her family that much harder.

Compiled by We Need Diverse Books’ Ellen Oh and Elsie Chapman, 15 bestselling authors are tasked with reimagining the folklore of East and South Asia in a series of mesmerizing short stories. The book includes stories of star-crossed lovers, transforming sisters, and a heartbreaking sacrifice from amazing authors like Renée Ahdeh, Mellisa de la Cruz, Aisha Saeed, and many more.

Quinn’s family summer camp in Winship, Maine, has always been a magical place. It is the spot where she fell in love with her best friend after all! But after a tragic accident, Quinn’s life is not-so-secretly falling apart, and she knows in her heart that everything is her fault. Told in alternative chapters before and after the accident, this stunning novel about love, loss, and lake monsters is just the excuse you need to splurge on a summer must-read.
Ashley Macey
Ashley Macey is a lifestyle freelance writer who loves all things fitness, wellness, and creativity. When she's not exploring her home in the Pacific Northwest with her dog Max, you'll probably find her curled up with a good book and some hot tea. Follow her daily jaunts on Twitter.
Books
Creativity
Books Goods