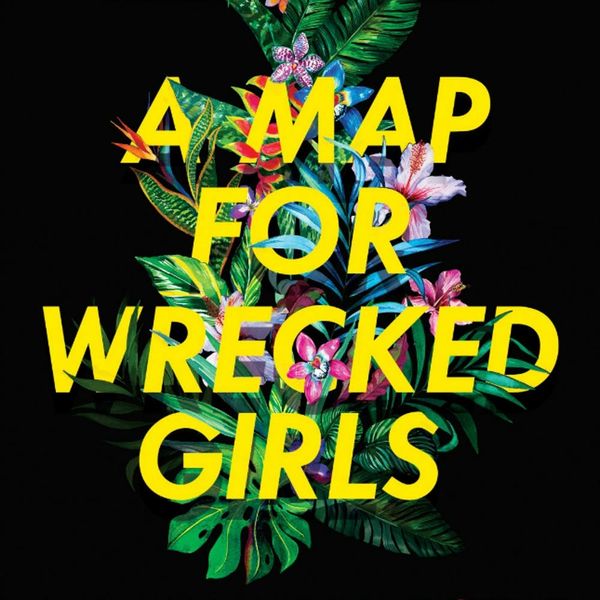 Even though back-to-school and back-to-work season are fast approaching, there’s still time to squeeze in a few last-minute summer reads. Since we’re not going to be able to get our hands on the two new Harry Potter books until October, we’ve decided to fill the YA void in our hearts and bookshelves by giving you the run-down on the hottest young-adult books being released this August. Happy reading!
Sparks of Light by Janet B. Taylor ($17): More than a year after science fiction fans fell for Into the Dim, Janet B. Taylor is *finally* releasing its highly anticipated sequel. In this follow-up, readers check back with the time-traveling Viator Hope Walton. When the Viators learn of a plan to steal a dangerous device from Nikola Tesla, Hope and her crew venture back to the Gilded Age of 1895 New York City to save the natural timeline before it’s destroyed indefinitely.
Love Is Both Wave and Particle by Paul Cody ($18): While attending an alternative high school for troubled but high-achieving teens, Levon Grady and Samantha Vash set out on a year-long project to write their life stories. Told in a series of first-person narratives, Cody’s newest novel is both a touching love story and an important discussion about mental-health and self-discovery.
The Authentics by Abdi Nazemian ($18): Daria is an Iranian-American teen who is part of a group of friends who call themselves "The Authentics" — not only do they keep things real, but they also strive to represent various races, religions, and sexualities. Daria is extremely proud of her heritage, so when she makes an unexpected discovery while doing research for her genealogy project, she is shocked. With best friend drama, a budding romance, and an OTT sweet 16 party all weighing on top of Daria’s new identity crisis... let's just say this year is set to be a doozy.
The Dazzling Heights by Katharine McGee ($19): Hip-hip-hooray! McGee’s buzzy sequel to the New York Times bestselling The Thousandth Floor is finally here! Rejoin Leda, Watt, Rylin, Avery, and Calliope as they navigate life in the city-like thousand stories tower.
Wicked Like a Wildfire by Lana Popovic ($18): Iris and Malina are twins that have a unique magical power to manipulate beauty — Iris can make fractal patterns out of flowers, and Malina interprets moods as music. When their guardian suddenly gets attacked, the twins are forced to investigate what happened and uncover the real secret of why their mother stopped their magic lessons long ago.
A Map for Wrecked Girls by Jessica Taylor ($18): Emma and her sister Henri have been inseparable since birth. But after a sudden falling out, they find themselves shipwrecked on a deserted island with a mysterious boy. Now they have to figure out a way to survive and fight to find a way home. Taylor’s new YA sibling story is totally binge-readable — pack it in your beach bag with some sunscreen and you’re set for an awesome bookish adventure.
Dress Codes for Small Towns by Courtney Stevens ($18): Billie McCaffrey is the tomboy daughter of a small town preacher who has the awesome support of a great group of friends. But now that she is questioning her sexuality, things in her friend group become more complicated than she ever intended them to. Courtney Steven’s new coming-of-age novel about finding your own path to love will resonate with many.
Spellbook of the Lost and Found by Moïra Fowley-Doyle ($18): After the town’s annual bonfire, Olive and her best friend Rose begin to lose things. Sure, it starts off with simple items like hairclips, but it doesn’t stay that way for long. Now with new friends, a mysterious diary, and a spellbook that claims to be able to conjure back things that have been lost, these teenage friends are about to start a journey to help them locate their belongings… among a few other surprises.
The Arsonist by Stephanie Oakes ($18): Milly Mavity, daughter of a convicted murderer, and Pepper Al-Yusef, a Kuwaiti immigrant with epilepsy, are tasked with solving the mystery of who killed the East German resistance fighter Ava Dreyman in 1989. Using her diary and the help of a secretive guide, this unlikely pair will uncover mysteries and adventures. You'll barely be able to stop yourself from reading the entire novel in a single sitting.
All Rights Reserved by Gregory Scott Katsoulis ($19): In Gregory Scott Katsoulis’s world, every word and gesture is copyrighted. Saying sorry will cost you $10. A nod is $0.99 per second. So when Speth is about to deliver her Last Day speech, she does the unthinkable: She closes her mouth, and vows to stay silent forever. Now with the media following her every move and an army of followers behind her, there’s no telling how this simple act of resistance will play out in this elaborate social commentary that will intrigue youngsters and adults alike.
Little and Lion by Brandy Colbert ($18): Suzette thought coming home from her New England boarding school would make her want to stay in Los Angeles indefinitely. Along with supporting her brother through his recent bipolar disorder diagnosis, she is excited to meet up with her friends, family, and crush. But now she’s falling for the same girl her brother loves, and her brother isn’t taking his meds. Colbert’s stunning story about mental illness, sexuality, racism, and an ever-shifting identity is truly one that deserves to be read.

Ashley Macey
Ashley Macey is a lifestyle freelance writer who loves all things fitness, wellness, and creativity. When she's not exploring her home in the Pacific Northwest with her dog Max, you'll probably find her curled up with a good book and some hot tea. Follow her daily jaunts on Twitter.
Books
Creativity
Books Goods