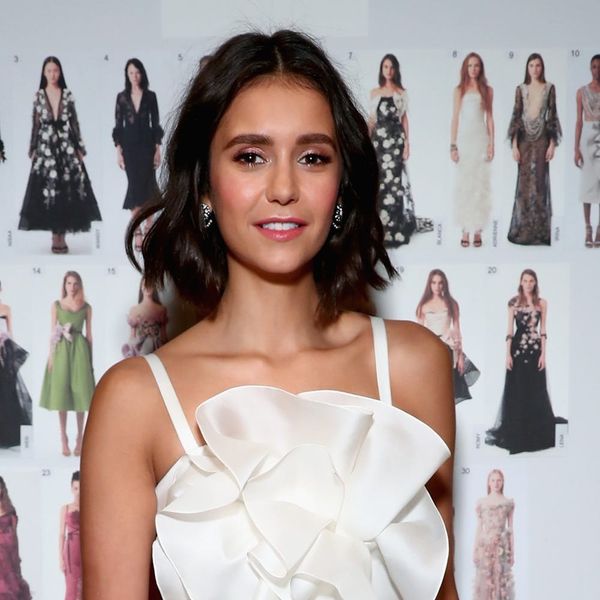 Fall has officially arrived, but Nina Dobrev won’t be a hair slave to the seasons. Rather than growing her locks out as many are wont to do in cooler temps, the Dog Days actress is going shorter than ever with a fresh chop to her former lob.

Dobrev also gave us a glimpse of her recently shorn tresses from the side, along with a hint that she doesn’t plan on growing her hair out anytime soon. “Grow? Uh oh… Um…. No.#shorthairSTILLdontcare.”

It’s plenty easy to see why the 28-year-old is so in love with her newfound signature look: Not only does it look like a breeze to style, but it’s also plenty versatile. Dobrev also pulled off the trending slicked-back look at the Variety Women in Film celebration.

Who knew one cut could look so different? Looks like we’re suddenly due for a hair appointment…

Would you rock a bob for fall? Tell us over @BritandCo.

Nicole Briese
Nicole is the weekend editor for Brit + Co who loves bringing you all the latest buzz. When she's not busy typing away into the wee hours, you can usually find her canoodling with her fur babies, rooting around in a bookstore, or rocking out at a concert of some sort (Guns N' Roses forever!). Check out all her latest musings and past work at nicolebjean.com.
Celebrity Hair
Hair
Celebrity Hair Hair Haircuts
More From Hair