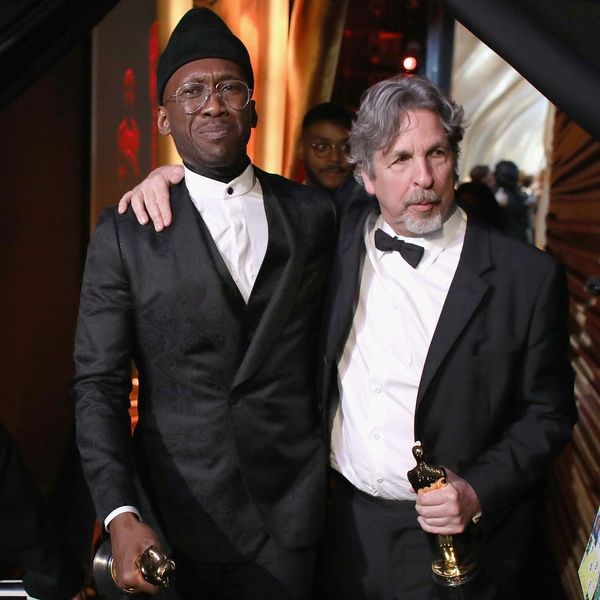 According to reports out of the Dolby Theatre during Sunday’s 91st Academy Awards, 2019 Best Adapted Screenplay-winning filmmaker Spike Lee walked out during Julia Roberts’ announcement that Green Book would take home the statue for Best Picture. Although not everyone has reacted so strongly, the win has definitely been controversial.

The biopic, which stars last night’s Best Supporting Actor winner Mahershala Ali, depicts a road trip through the Jim Crow South by Black musician Dr. Don Shirley (played by Ali) and his white driver, Tony Vallelonga (played by Viggo Mortensen). The film has drawn both praise and ire from film fans and Hollywood alike. While Green Book is generally considered an enjoyable watch, it has received flack for alternately embellishing and erasing elements of the real Shirley’s story. The win (while not entirely surprising) shows how far Hollywood still has to go when it comes to telling the stories of people of color.

Shirley’s family has maintained that the story, based loosely on Vallelonga’s account of his month driving with Dr. Shirley, not only ignores key details about the late musician’s life, but also plays into the old trope of the white savior by telling a story that makes it seem as if the Black character couldn’t exist without the help of the white person by his side.

“There was no due diligence done to afford my family and my deceased uncle the respect of properly representing him, his legacy, his worth, and the excellence in which he operated and the excellence in which he lived,” Shirley’s niece Carol Shirley Kimble said shortly after the film’s initial release. “It’s once again a depiction of a white man’s version of a Black man’s life.”

After winning Sunday night’s big award, screenwriter (and son of Dr. Shirley’s driver, Tony) Nick Vallelonga addressed the issue of why he did not include, or even reach out to, the Shirley family while preparing to write the film.

“The Don Shirley family thing falls on me but Don Shirley himself told me not to speak to anyone,” Vallelonga told reporters backstage. “He told me the story that he wanted to tell, he protected his private life and all other things about him, miraculous things about him.”

At an awards ceremony where several Black artists broke barriers winning in their respective categories, and where a movie about menstruation took home a statue, Green Book‘s win has been frustrating to some, like culture critic Todd VanDerWerff, who called it “the safest choice” to win Best Picture.

And it was a safe choice. Unlike Lee’s BlacKkKlansman which confronts ugly reality of racism’s systemic reproduction, Green Book‘s treatment of race is firmly rooted in the past, ignoring the very real effects of racism in America today. Racial segregation is still a very real issue facing Black Americans, poverty affects Black children at disproportionately high levels, Black people get killed by police at alarmingly high rates, and hate crimes are on the rise in 2019. Telling a story that seemingly leaves racism in the past is not only wrong but damaging to the lives that are affected by race every day.

“Every time someone’s driving somebody I lose,” Lee reportedly said backstage while sipping on what he said was his sixth glass of champagne during last night’s telecast. Lee was famously snubbed for a Best Picture nod 29 years ago for his politically charged Do The Right Thing. The Academy bestowed both the nomination and the statuette on another vintage-set, interracial driver-passenger movie: Driving Miss Daisy.

While the Academy’s voting membership slowly shifts, and we see more deserving and diverse members of Hollywood praised for their work, wins like last night’s Best Picture will likely become a relic of Hollywood’s past. It may even signal the end of a white, male-centric Hollywood that allows movies like Green Book to thrive.

From Your Site Articles
Kat Armstrong
Kat has been a writer, social media maven and mom for longer than she's willing to admit. She's also spent time in front of and behind the camera, interviewing celebs, politicians and acting as a producer for fashion and artistic photography shoots. When she isn't writing for various orgs and publications, she's hanging with her kids, husband and French Bulldog, Peter, in Toronto, Canada.
Controversy
Diversity
Controversy Inclusivity Oscars
More From Diversity