10 Things That Made Us Geek Out During Fashion Week 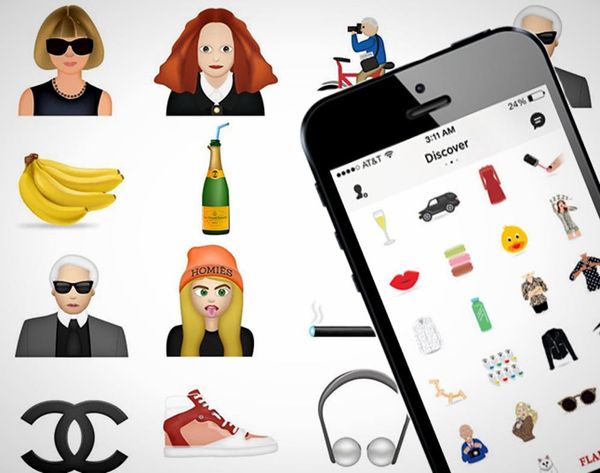 Due to Brit HQ’s location over here on the best, er, West Coast we missed out on the NYFW fun IRL. But while we may not have had a seat next to Anna, we were keeping virtual tabs thanks to a live blogging child star, editors with Google Glass and some pretty impressive Instagram-ing. Join us in a little look back, won’t you dah-lings?

1. Marc Jacobs’s Tweet Shop: Will Tweet for free things? You should have put your hashtag where your money is at the The Tweet Shop by Marc Jacobs. A posted photo with the hashtag #MJDaisyChain got social media butterflies a free Daisy Marc Jacobs perfume mini and the chance to win full size MJ goodies. Hope ours are in the e-mail…

: Jamie Beck and Kevin Burg are the fashion photogs and artists behind the

. They took to Instagram to bring complete shows come to life in gorgeous 15-second videos.

3. Chromat’s LED Corset: While we were hoping we would see 3D-printed something walk the runway, our techy hearts beat for Chromat’s LED Cone Bra Cage. Programmed by an engineer, the bound-for-Beyoncé bra reacts to movement using accelerometers with pulsing light emissions.

4. Joe Jonas Was a NYFW Correspondent: The budding fashionisto commented from the front lines, while rubbing elbows with fellow first row A-listers. Call it that ol’ Disney work ethic, but the middle JoBro even put in some extra credit, fine-tuning his runway Instagram skills at the shows too. Even though it looks like his fans just want moar shirtless selfies pls.

5. Fashion Week Emojis: The Cut’s fashion week emojis let our Tumblrs have fun pretending what we would text if we were Cara Delevingne for a day. Then, Harper’s Bazaar made our dreams reality with a very downloadable, very textable version of their NYFW emojis, free in the app store.

6. Samsung’s Swarovski Collabo: The makers of all thing bling worked with the Fashion Week sponsor to create limited-edition smartphone cases (and matching bracelets!) for the Galaxy Note 3.

7. Tory Burch + Fitbit = Dream Come True: Right before the festivities began, Fitbit announced some good news for fans who want a little more couture from their calorie-burning accessories: the Tory Burch for Fitbit collection available this Spring. That’s one lookbook that already has our heart rate way, way up.

8. WWD’s Glass Menagerie: The beauty editors at Women’s Wear Daily rocked Google Glass backstage to talk to industry pros like Frederic Fekkai and get the hair and beauty story for each shows’ looks.

10. #TopShopGoesVirtual: British retailer TopShop is giving four lucky fans virtual VIP passes to their London Fashion Week show this weekend. The four get to don “bespoke headsets” and go backstage and sit front row at the show from the store’s London flagship. And we thought it was cool to watch our favorite shows on Rightster…

Were you following along with NYFW? What show did you most want to go to… or shop from?

Lisa Raphael
In her past professional lives, Lisa has served the masses as the Editorial Director at Brit + Co, Bieber Whisperer at J-14, Golden Girls Fan Club Prez at Lifetime and Talk Show Host Understudy to Katie Couric. Now, she's taking on the sports world at The Relish, teaching Hairography 101 in her spare time and will forever be trying to fill the hole Zayn Malik left in her heart.
New York Fashion Week
Tech
New York Fashion Week