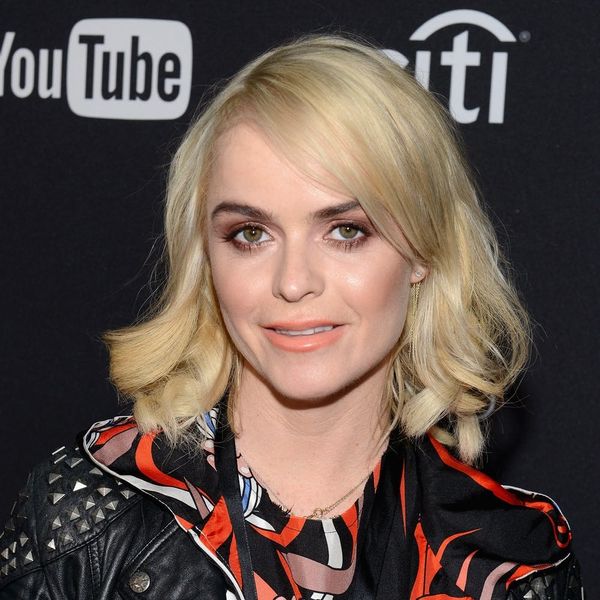 Now that 2017 has arrived, it’s time to change up our look! Bella Thorne is already ahead of the game, having dyed her locks Smurfette blue, and now, Orange Is the New Black’s Taryn Manning has followed suit, changing up her color as well.

The star shared her new look over on Instagram, along with a rather inspirational quote, if we do say so ourselves. “Never let anyone treat you like a yellow Starburst,” she wrote. “You are a pink Starburst. Thank you @keithlondon1.”

Never let anyone treat you like a yellow starburst. You are a pink starburst #pink thank you @keithlondon1

Holy crap — we’ve gotta’ say, we are absolutely LOVING this look on Taryn. In fact, we think it’s the best she’s ever looked!

'Cause we go tightroping, up slippery slopes, I drink that rain within, until you want more, we swam in oceans red, while we just explore, were CURIOUS and curiosity killed the cat' TM-from my upcoming album: Paper Thin Vox ft whack lyrics.

Granted, we’re used to seeing her with no makeup and in prison garb as OITNB‘s Tiffany Doggett, but the pastel pink does everything to up her chic factor — not to mention gives us major Nic Richie vibes (never mind the fact that she seems to be back to her bronde roots).

Keith shared off his handiwork as well, writing, “New haircolor for New Year. Pink hair for my girl @tarynmanning.”

Are you inspired to color your hair after seeing Taryn’s makeover? Share with us @BritandCo.

Nicole Briese
Nicole is the weekend editor for Brit + Co who loves bringing you all the latest buzz. When she's not busy typing away into the wee hours, you can usually find her canoodling with her fur babies, rooting around in a bookstore, or rocking out at a concert of some sort (Guns N' Roses forever!). Check out all her latest musings and past work at nicolebjean.com.
Celebrity Hair
Beauty News
Celebrity Hair Hair Color hair dye Netflix