OMG: Bette Midler Just Recreated Hocus Pocus’s Winifred Sanderson and It Was Everything 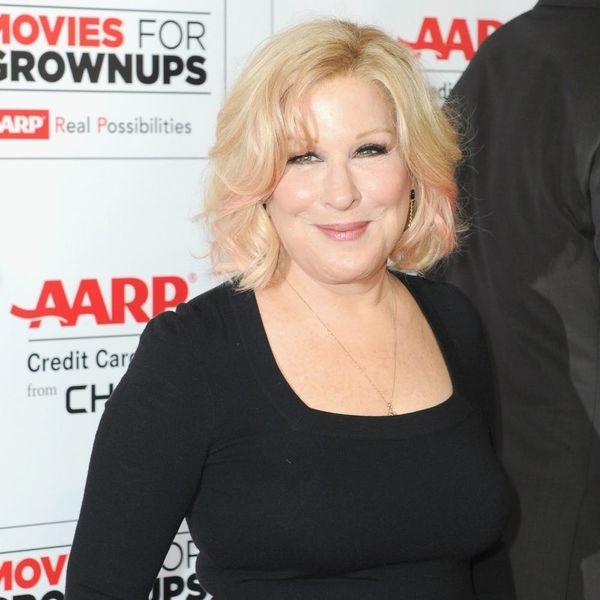 Of all the amazing Halloween movies out there (now made better by David S. Pumpkins), none has quite the same universal appeal as Hocus Pocus (that might explain why Freeform (formerly ABC Family) is showing it 10 times this year!).

While the storyline — human teens must work together to save the children of their town from the evil clutches of three daffy witches — is pretty great, it’s the film’s characters, portrayed by the likes of Bette Midler, Sarah Jessica Parker, Kathy Najimy and Sean Murray, to name a few, that make it so awesome.

Now, 23 years after its 1993 release (do you feel old now or what?), head witch in charge Bette Midler is paying homage to her iconic role as Winifred Sanderson, donning a recreation of her original costume that put even our killer DIY version to shame. On hand for her Hulaween charity event benefitting the New York Restoration Project (New York’s only citywide conservatory, which she founded in 1995), Bette brought back every element of the beloved costume, from her buck teeth to her flaming red coif.

Winifred Sanderson flies in to Hulaween! Says thanks to everyone who made it such an electrifying evening!!

“Winifred Sanderson flies into Hulaween! Says thanks to everyone who made it such an electrifying evening!” she wrote via Instagram.

Other celebs, such as Kathy Griffin and fashion designer Marc Jacobs, were also on hand, but it was Bette who really stole the show. Katy Perry may have won Halloween as HIllary Clinton, but Bette is running a pretty close second.

Now, if only we could get SJP and Kathy to do the same…

Do you think Bette nailed her recreation? Tell us over @BritandCo.

Nicole Briese
Nicole is the weekend editor for Brit + Co who loves bringing you all the latest buzz. When she's not busy typing away into the wee hours, you can usually find her canoodling with her fur babies, rooting around in a bookstore, or rocking out at a concert of some sort (Guns N' Roses forever!). Check out all her latest musings and past work at nicolebjean.com.
Halloween
Celebrity News
Halloween Halloween Costumes