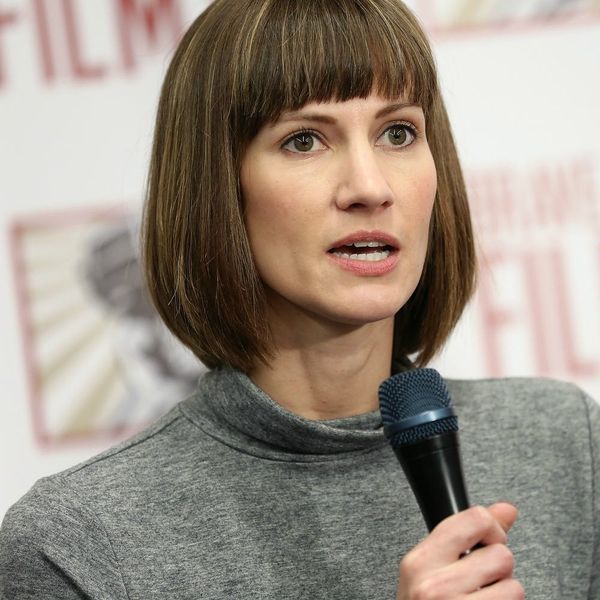 Although up to 70 percent of Americans want to see investigations into allegations of sexual misconduct currently leveled at President Trump, the president remains unscathed. With so many women having come forward against Trump, accusing him of groping, fondling and attempted kissing (and more), it may be hard to keep up with all the accusations, but one of the women who came forward in 2016 is now running for office in the Ohio State Legislature, and is sharing her reasons why.

In an October 2016 New York Times article, Rachel Crooks came forward about a time when she worked as a receptionist at a real estate investment and development company in Trump Tower. Crooks alleged that in 2005, she once encountered Trump outside an elevator and introduced herself.

They shook hands, but Mr. Trump “would not let go,” she said. Instead, according to Crooks, he forcibly gave her a kiss on the cheek and then on her lips. In December, Crooks, along with two other accusers, appeared on TODAY to demand that Congress take action and open an investigation against the president.

“I think my voice should have been heard then, and I’ll still fight for it to be heard now,” 35-year-old Crooks told Cosmopolitan. “Americans are really upset with politics as usual, and I want to be a voice for them.”

And she says she’s running because even though the #MeToo movement has been so powerful in the last few months, the president remains unscathed from so many allegations against him.

Crooks’ platform for Ohio’s 88th district (a rural area outside of Toledo) includes job growth, helping people gain access to affordable health care, and to work to fix Ohio’s school system, which, according to Crooks, spends one billion dollars a year on charter schools but leaves the public system floundering.

With the backing of Ohio’s Democrats, Crooks still needs to win her primary in May before going toe to toe with the district’s Republican incumbent, which may be an uphill battle for the rural area’s GOP-heavy voting population. But, Crooks says she’s up for the challenge and has always had an interest in politics, even if she wasn’t acting on it.

“I think like a lot of women, because we’ve been historically underrepresented in politics, I didn’t necessarily see myself in this role,” Crooks admitted. “But multiple people encouraged and said, ‘I think you would be great.’ Once you hear it a few times, you start to believe it a little bit and fully consider it. Once I sat down and mulled it over, I felt like it really was a duty that I had, that I should take on this responsibility firsthand and try to make a difference for other people.”

“Women are uniting,” Crooks said. “The momentum is now. I want to be part of it.”

What do you think of Rachel Crooks campaign? Let us know @BritandCo!