Make a Toast: Oscar Isaac Is Officially a Daddy! 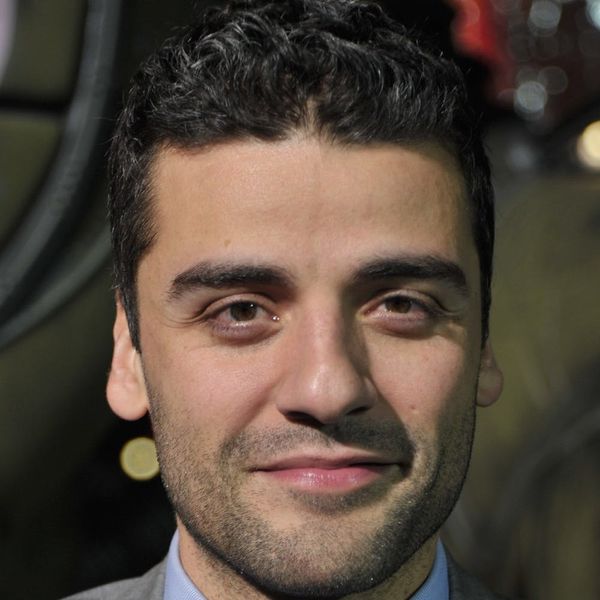 It’s been a rough year for Oscar Isaac. We haven’t seen a whole lot of the Star Wars: The Force Awakens actor as of late, and as he recently revealed to The Guardian, it’s because he’s been busy, tending to his sick mother. Sadly, she passed away in February (*tear*), but the circle of life is continuing on for Isaac: The 38-year-old has just welcomed a brand new addition to his family in the form of his first child with girlfriend Elvira Land.

The babe made its public debut cradled in Land’s arms over on Twitter. Seen in a video she created to accept not one, not two, but three Tribeca Film Festival Awards for her project, Bobbi Jene, the new mom was over the moon with joy.

“I’m beyond words. It’s amazing. If I could I would be dancing, I’d be jumping up and down, probably all week long. Thank you, thank you, thank you,” she said of the film’s wins. It was the cargo she held while making her acceptance speech that had us most excited of all, however.

The uber-private couple, who have been dating for just over a year, never officially announced their pregnancy and have yet to give us word on the babe’s gender or name. Still, we couldn’t be happier to hear their extremely happy news, especially following Isaac’s heartbreaking loss.

oh no oh no Oscar Isaac and Jacob Tremblay had a Jedi battle at the #GoldenGlobes after-party. dreams do come true. pic.twitter.com/hDSaPI7z0v

And who knows? With Isaac on hand to teach his little one some stellar light saber skillz, perhaps 2017 won’t be the year of the “last Jedi” after all!

What do you think Oscar and Elvira should name their babe? Give us your best suggestions over @BritandCo.

Nicole Briese
Nicole is the weekend editor for Brit + Co who loves bringing you all the latest buzz. When she's not busy typing away into the wee hours, you can usually find her canoodling with her fur babies, rooting around in a bookstore, or rocking out at a concert of some sort (Guns N' Roses forever!). Check out all her latest musings and past work at nicolebjean.com.
Celebrity Baby
Celebrity News
Celebrity Baby Star Wars