Oscars 2018: Ashley Judd and Mira Sorvino Walk the Red Carpet Together for Time’s Up 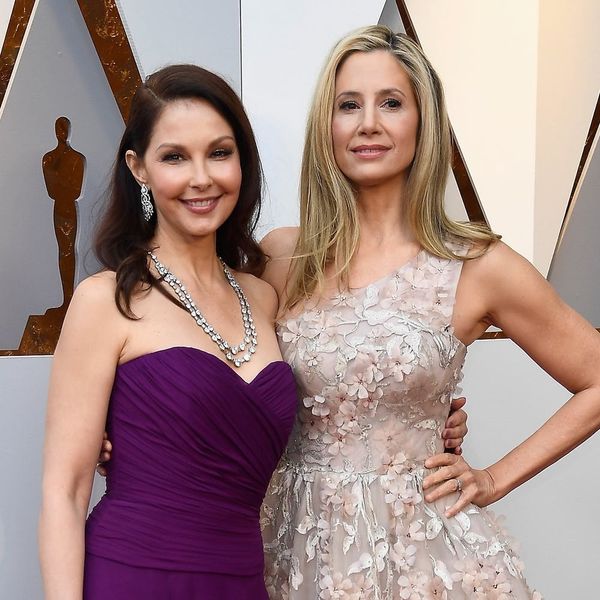 Ashley Judd and Mira Sorvino might just be our favorite duo on the 2018 Oscars red carpet. The actresses stood in solidarity together outside LA’s Dolby Theater on Sunday, March 4, posing for photos ahead of the 90th Annual Academy Awards.

They looked incredible, of course, but their joint appearance is notable for a much more important reason: Both women have been advocates in the #MeToo and Time’s Up movements in Hollywood and, specifically, against disgraced producer Harvey Weinstein.

Judd was one of the first to accuse Weinstein of sexual harassment in a story published by The New York Times last October, and Sorvino shared her story with The New Yorker that same month. Then, in December, director Peter Jackson claimed to New Zealand’s Stuff that executives at Weinstein’s entertainment company Miramax warned him against hiring both stars for his Lord of the Rings franchise in the late ’90s. “I now suspect we were fed false information about both of these talented women — and as a direct result their names were removed from our casting list,” he said in the interview. (A spokesperson for Weinstein denied the claims.)

Speaking to ABC News on the red carpet at the Oscars, Sorvino and Judd took a strong stand for each other and women all over the world. “I want people to know that this movement isn’t stopping. We’re going forward until we have an equitable and safe world for women,” Sorvino said. “We want to take our activism and our power into action and change things for every woman everywhere, working in any workplace.”

Judd added: “I started telling the story about what happened to me when Harvey Weinstein sexually harassed me in 1997 the moment that it happened, because I was very fortunate that my dad was with me on that day. And when I emerged from the hotel room, he could tell by the look on my face that something devastating had happened. And what’s so spectacular about this moment is that finally the world is able to hear. Because I believe that we women, one, our voices have been squelched, and then number two, those of us who have come forward, we’ve often been disbelieved, minimized, shamed. And so much of the movement is about externalizing that shame and putting it back where it belongs, which is with the perpetrator.”

Judd also plugged the Time’s Up movement and its legal defense fund, which has raised more than $21 million for “legal support to women and men who have experienced sexual harassment, assault, or abuse in the workplace.”