Our Favorite Feminist Non-Fiction of 2018 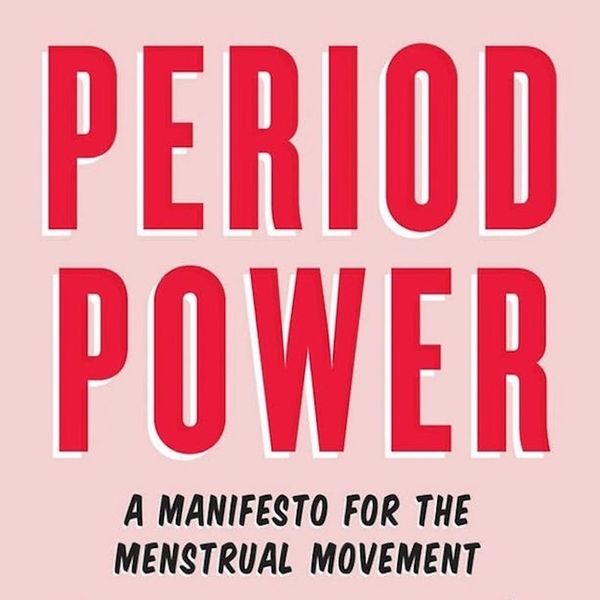 Last week on Brit+Co book club, we shared our favorite feminist fiction of 2018. Well, 2018 was also a great year for feminist non-fiction and scholarship. The following memoirs, biographies, reference books, and manifestos paint a picture of some of the important figures and movements that garnered national attention over the past year. (They’re in no particular order: We’re here to lift each other up, not compete.)

<em>Ask Me About My Uterus: A Quest to Make Doctors Believe in Women’s Pain</em>

When Norman began experiencing constant, debilitating pain as an undergrad, she sought help for her condition. It was unsurprising that what she had was serious; her eventual diagnosis was endometriosis, caused by displaced uterine tissue that creates lesions on a person’s internal organs. What was surprising was the massive resistance Norman faced in getting her doctors to admit that anything was wrong at all. Even when the pain got so bad that she had to drop out of school, she was dismissed as a hypochondriac seeking attention and drugs; she found, however, that medical practitioners would suddenly listen when her boyfriend attended appointments and confirmed her symptoms. Norman, associate science editor of Futurism, not only tells her story but gives readers a history of how women’s pain is ignored, and how the subjectivity of quantifying pain leads to misogynistic bias in the medical community.

<em>Hard to Do: The Surprising, Feminist History of Breaking Up</em>

This history of ending relationships was inspired by Brit + Co editor Korducki’s decision to split up with her “kind, sweet, smart, and good” long-term boyfriend to focus on her career. Marriage for financial reasons has a much longer tradition than romantic partnerships, but even today, the concept of playing it safe after you’ve landed a good one still persists. Korducki’s research on the economic and social factors pertaining to staying together or dissolving a union took her back to ancient Rome, and her journey back to the modern era takes readers through sweeping societal change and the concepts of personhood vs. property, including the mid-19th-century Dred Scott decision and Married Women’s Property Act. She goes outside the straight, white, and middle-class narrative for a rousing defense of self-actualization and self-sufficiency.

It’s Retta vs. Everyone (well, not entirely) in this autobiographical tale from the comic equally known for her portrayal of Donna Meagle on Parks and Recreation and her incisively funny Twitter feed. As a plus-sized woman of color and the daughter of poor immigrants, Retta had a difficult time fitting into Hollywood’s mold; she details a laundry list of rejections, even one for a character that had specifically been created with her in mind. She didn’t fit in with other black comics, either, with her non-stereotypical loves for opera and ice hockey, and her schooling at mostly-white Duke University. If Retta is one thing, it’s uniquely herself; we’re just lucky that self is so damn smart and funny. At the risk of repeating the one phrase Retta can’t shake, we advise you to “Treat Yo’ Self.”

<em>Tomorrow Will Be Different: Love, Loss, and the Fight for Trans Equality</em>

Trans activist McBride’s announcement of her true gender identity was met with warm wishes of joy from her fellow students at American University (where she served as student body president). She knew, however, that this was not a universal phenomenon, and that it was vital to promote trans rights and acceptance nationwide. Through her tireless political efforts for social justice, including issues of gender and racial equality, McBride became the first openly transgender person to speak at a political convention, and the first openly transgender woman to intern at the White House. She writes about not only these successes but also the heartbreaking realities for many trans individuals who are harassed by their colleagues, fired from their jobs, or even disowned by their families. With a glowing foreword by Joe Biden, this book provides a thorough look into McBride’s journey and the state of trans rights in America.

<em>Unladylike: A Field Guide to Smashing the Patriarchy and Claiming Your Space</em>

The hosts of the Unladylike podcast write a guide for teens (or anyone) interested in turning feminist ideals into realities, featuring both a historical look at the feminist movement and an up-to-the-moment report on current trends in activism. Using humor and diagrams, they gently remind starry-eyed readers to check their privilege, be mindful of intersectionality, and move outside of their comfort zones. Their creed? “Stay curious. Build empathy. Raise hell.”

Between the 2012 Senate race’s controversy over her mention of Native American heritage and being silenced at Jeff Sessions’ Attorney General confirmation hearings, the first female senator elected in Massachusetts is used to fierce opposition. Nevertheless, she persists. Felix’s biography covers Warren’s early conservative days in Oklahoma, where her family barely achieved middle-class status, to her education and development as a legal scholar in bankruptcy law. She goes through the Senate race and Warren’s crusade against Wall Street corruption to protect that same middle class. If you’re interested in learning more about a woman who may be one of our last defenses against a rigged system, take a look at this life story.

Another woman who has arguably been instrumental in shaping America for decades is the Supreme RBG, the second female judicial appointment to the nation’s highest court of law. De Hart’s book combines archival research with interviews with the justice to create a comprehensive biography that considers both RBG as a person and her historical legacy. In particular, Ginsburg’s important briefs on gender discrimination and equal protection are covered extensively, as well as her founding of the ACLU’s Women’s Rights Project and her tenure on the US Court of Appeals. Get it for the legal scholar or budding judicial buff in the family. (And to the woman herself — get well soon!)

<em>Body Full of Stars: Female Rage and My Passage Into Motherhood</em>

Pregnancy betrayed Molly Caro May. While she was gestating, she dealt with pelvic dysfunction, bladder incontinence, and undiagnosed thyroid trouble — and a medical and social community that didn’t want to hear about any of it. This led to postpartum rage, depression, and a persistent, deep embarrassment about her own body. At the same time, she began to appreciate other aspects of her body, like menstruation, and her life, like the female relationships she had cultivated over the long term. May’s purpose in this book is to raise awareness about some of the unspoken issues associated with pregnancy and premenstrual dysphoric disorder, and to connect with a community of women who may come to realize that they are not alone.

Move over, Angelica, Eliza, and Peggy: There’s a new trio of Revolutionary War-era women in town. Thomas Jefferson’s three daughters lived very different lives. Jefferson and his wife Martha had two daughters, Martha and Maria, who lived a life of relative privilege. His other daughter, Harriet, came from a coercive relationship with Sally Hemings, Jefferson’s slave, and was born into the same status of bondage as her mother. Though Martha and Maria were educated, Martha found far more support for her revolutionary anti-slavery ideals in Paris than when she moved back home, and Maria cried when they returned to comparatively backward Virginia. Neither could attend the male-only university founded by their father. Scholars, including Kerrison, theorize that Harriet escaped to DC with her father’s assistance and lived passing as a white woman. Kerrison details the differences in the sisters’ stories, while reminding us how restrictive any woman’s life was when America was young.

<em>Period Power: A Manifesto for the Menstrual Movement</em>

The youngest writer on our list, a 20-year-old Harvard student who recently ran for Cambridge City Council, Okamoto had a visceral introduction to periods at age 12. Thinking the sudden appearance of blood marked massive internal bleeding despite having years of prior information that this would one day happen, she realized there was a massive difference between knowing about something and being emotionally prepared for it — or having the material tools to deal with it. In her teens, Okamoto’s family’s brief period of financial instability led her to a mission to highlight the voices of homeless women and to help them access menstrual hygiene products, a necessity that many donors and homeless shelters neglected. Okamoto writes in an intersectional way about the issues in health and sex education in the US, and the founding of her organization, PERIOD, which categorizes access to menstrual products and information as a human right.

This reference guide to the status of women around the world published an updated edition this year, essential for those looking for statistics to back up their arguments. Its stark facts and inviting graphics torpedo myths about certain issues being limited to developing or Third World nations, comparing practices and numbers on all populated continents. (For example, when the book was released in early November, the proportion of women in government in the US was approximately the same of that in Kyrgyzstan.) It shows how and where we’ve seen social advancement, where it’s sorely lacking, and in what ways it’s wildly unbalanced based on country, race, or sexuality. If you’re looking for the story of women, you can’t get more global than this.
Ilana Lucas
Ilana is an English professor, theatre consultant and playwright based in Toronto, Canada. When she’s not at the theatre or insisting that literary criticism can be fun, she’s singing a cappella or Mozart, occasionally harmonizing with the symphony, or playing “Under Pressure” with her rock handbell group, Pavlov’s Dogs.
Best of 2018
Creativity
Best of 2018 Book Club Books Goods
More From Creativity