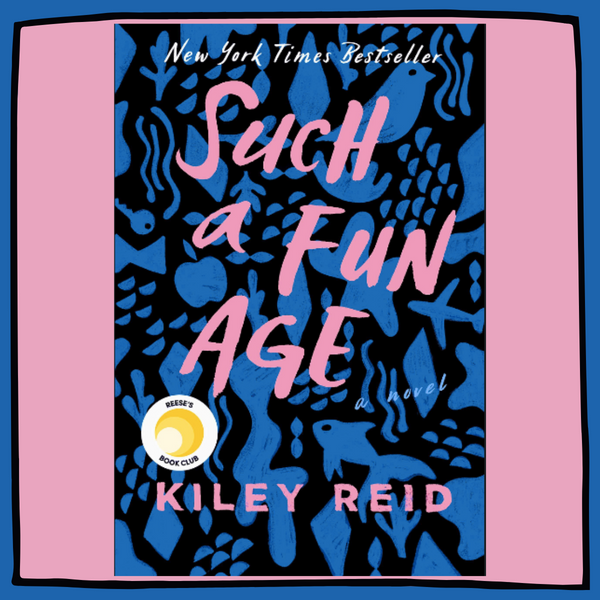 Bibliophiles around the world get their book inspiration from grand libraries, bestseller lists, and… TikTok? That's right, if you're not following BookTok, as it's called, you're missing out on a huge community of book lovers and all their top-notch recommendations.

BookTok is the best place to find new book crushes these days, and the best place to actually *get* your books (for free, we might add) is through Libby, an online library app that lets you rent ebooks and audiobooks at no cost to you; all you need is a library card (if you don't have one yet, you can sign up for an Instant Digital Card through Libby). There's even a subdivision of BookTok dedicated just to Libby users: #LibbyTok!

Ready to get reading? Here are 10 of the top books trending on BookTok right now. Add these to your summer reading list!

People We Meet on Vacation by Emily Henry

Poppy and Alex have been best friends for years, and every summer, they take a vacation together to celebrate their friendship and enjoy the summer sunshine. But one year, all of this comes to a halt — and everything falls apart. Two years after the big event, Poppy reaches out to Alex to reconnect and set things straight. They agree to go on one final vacation together… and the rest, they say, is the stuff of novels.

The Crown of Gilded Bones by Jennifer L. Armentrout

The Crown of Gilded Bones is book three in Jennifer L. Armentrrout's Blood and Ash fantasy series. Fans of the series are *obsessed* with its mix of fantasy, romance, and adventure, and we can't blame them. In this third installment, Poppy (yes, the main character of this book is also named Poppy) and her love Prince Casteel set out to find her brother and free his, undertaking a dangerous mission that will undoubtedly lead them through a maze of twists and turns.

Such a Fun Age by Kiley Reid

In a story that explores friendship, race, and privilege, Such a Fun Age is both enlightened and entertaining. When Emira Tucker is accused of kidnapping a white child that she's babysitting, her employer wants to make things right. What ensues is a story about how we connect, and how we don't, and what it means to be an adult in today's society.

Grace Porter has just completed her PhD when she takes one wild trip to Vegas with her friends. Despite being the straight-laced, buttoned-up type, she decides to allow herself to completely let go… So much so that she ends up marrying a woman she barely even knows. This escapade helps Grace admit just how dissatisfied she's become with her life, and she and her new wife run away to New York to get to know each other. What ensues is a story about self-love, growing into adulthood, and healing old wounds — and it's an emotional experience on every page.

Now in its third year as a bestseller, Atomic Habits is a non-fiction primer on how to build the kinds of habits that add up to a successful life. The key to building habits, Clear argues, lies not in willpower, but in lifestyle design. And this uber-popular book walks you through how to do just that.

Centered on Circle, the much-maligned witch from Homer's The Odyssey, this book is a reframing of some of mankind's most beloved and well-known myths from the perspective of a female antagonist-turned-protagonist. Retelling the story from Circe's point of view clues us in on the abuse, neglect, and disrespect of this force to be reckoned with, and deeply humanizes her character while telling the story of an epic adventure.

When the Stars Go Dark by Paula McLain

Part thriller and part emotional drama, When the Stars Go Dark combines a fictional setting with real-life missing persons cases. When missing persons detective Anna Hart suffers a huge personal tragedy, she flees to her childhood hometown to recover. But when she arrives, a girl goes missing in the community, and she can't help but realize how closely this new case mirrors one that occurred when she was a child. What ensues is a novel about things that go missing, and the emotional pain of learning to let others into our own innermost spaces.

The Midnight Library by Matt Haig

The Midnight Library entertains the age-old idea that somewhere at the edge of the universe, there's a library of an infinite number of different stories about our lives… stories of alternate universes in which we made different choices, and took different paths. In this heartwarming and uplifting story, Nora Seed has to make the choice: What if she could alter her life, going back to make different choices about life, love, and career? Would she do anything differently after all?

A Game of Fate by Scarlett St. Clair

The first installment in the Hades saga, A Game of Fate explores the age-old story of Hades and Persephone from Hades' point of view. In St. Clair's tale, Hades is happy enjoying his life in the underworld when he discovers that the fates have plans for him that are outside of his control: He is to wed the journalism student Persephone, who has little interest in having any kind of relationship with him. Now, he has to prove himself to Persephone, and convince her that he isn't as horrible as he seems.

The Invisible Life of Addie LaRue by V.E. Schwab

In 1714, a woman made a bargain: She would live forever, but would be cursed to be forgotten by everyone she meets. Then, after 300 years of trying to leave some kind of mark on the world, she meets a man in a bookstore — and he remembers her name. In a story that spans centuries and defies genre, The Invisible Life of Addie LaRue is a story you won't soon forget.

From Your Site Articles
Maggie McCracken
Maggie is a writer and editor based in Chicago (but constantly traveling). She writes primarily about wellness, mindfulness, astrology, and healthy living, and has a background in fitness and yoga instruction.
books
Issues
books reading tiktok tiktok trends booktok reading list book recommendations