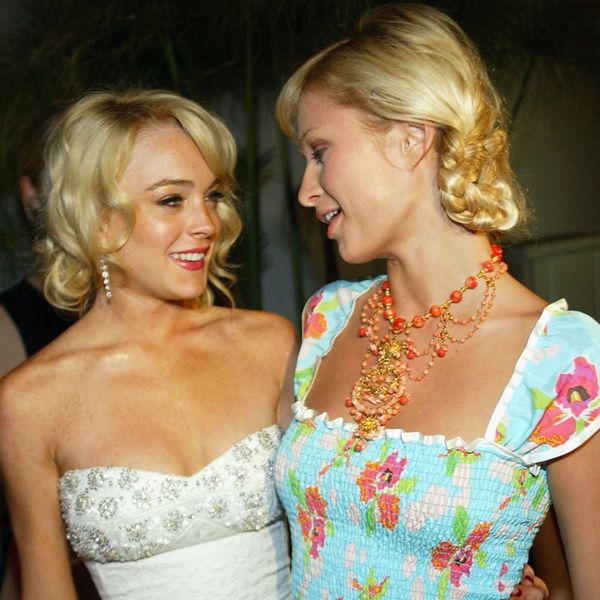 When Paris Hilton showed up in the front row at NYFW this year, we couldn’t help flashing back to the mid-2000s, when she and her famous friends were seen out on the town almost every weekend. One of those nights out was with Britney Spears and Lindsay Lohan. But Hilton says that their now-iconic little trio wasn’t quite what it seemed.

Hilton threw a little shade at Lohan while sitting down for a chat with Australia’s MTV News this week. Speaking of the night in 2006 when the three ladies were photographed in a car together, Hilton agreed that the situation was a little strange, since she and Lohan were reportedly feuding at the time.

But on that night, Lohan told reporters, “Paris is my friend. Everyone lies about everything. She’s a nice person… I’ve known her since I was 15… Stop making us hate each other.” So, the world assumed that the three had purposefully come together to disprove the rumors of tension.

However, Hilton now says that the Life Size actress wasn’t originally supposed to be a part of the fun. “It was just Brit and I out, and then [Lohan] just, like, chased us to the car and got in. She wasn’t invited.”

The rumored feud between them appears to have cooled off in recent years, with Lohan even inviting Hilton to her 31st birthday party, but we wouldn’t exactly say they’re friends. When the MTV interviewer noted that the Mean Girls star seems to be doing well, Hilton replied simply, “Yeah, sure.”

It sounds like we won’t be seeing this “holy trinity” together anytime soon.

What do you think about Paris Hilton saying Lindsay Lohan crashed her girls’ night with Britney Spears? Let us know @BritandCo!