Paris Is Planning to Surround the Eiffel Tower With Bulletproof Glass 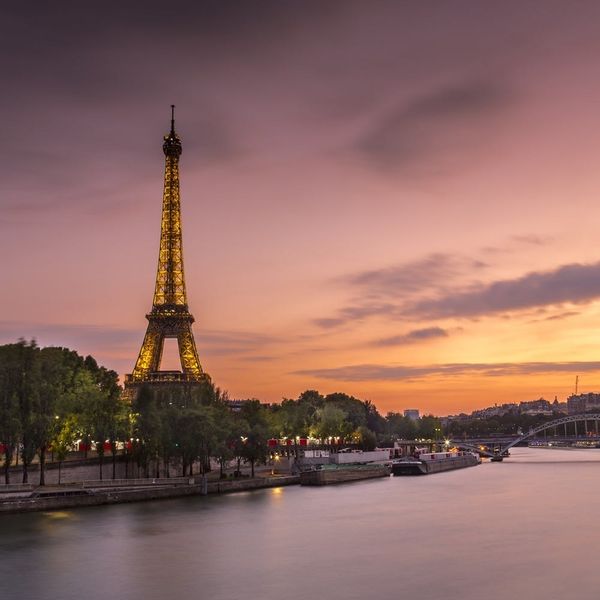 In the wake of the tragic terrorist attacks that have occurred in France in recent years (including the truck that drove through a crowd in Nice during Bastille Day celebrations last summer, claiming 84 lives), the city of Paris has just announced a plan to protect the Eiffel Tower (which you may be able to stay in… for free!) from becoming the possible target of a terrorist plot by surrounding it with bulletproof glass.

As explained by the Paris mayor’s office, an eight-foot wall of reinforced glass would “replace metal fences put up for the Euro 2016 football tournament” and would aim to stop “individuals or vehicles [from] storming the site,” reports the BBC.

But don’t fret that the glass will take away from the beauty of the structure: One of its functions is actually to help “improve the look” of the site by replacing the temporary metal barricades (which have been a serious eyesore for locals and tourists alike), in addition to “[making] access easier [and strengthening] the protection of visitors and staff.”

Paris is planning to build glass walls near the base of the Eiffel Tower in an effort to keep the monument secure https://t.co/NLohj1L8gZ pic.twitter.com/rhvPjmoXmm

“The terror threat remains high in Paris and [its] most vulnerable sites, led by the Eiffel Tower, must be the object of special security measures,” Jean-Francois Martins, assistant mayor for tourism, told the BBC. Every year, more than six million visitors from around the world visit the famous landmark (which makes the projected €20m ($21m) price tag seem totally reasonable, if you ask us).

The project has yet to be officially approved, but if it is, construction will begin later this year.

Do you think surrounding the Eiffel Tower with bulletproof glass is a good idea? Tweet us @BritandCo.