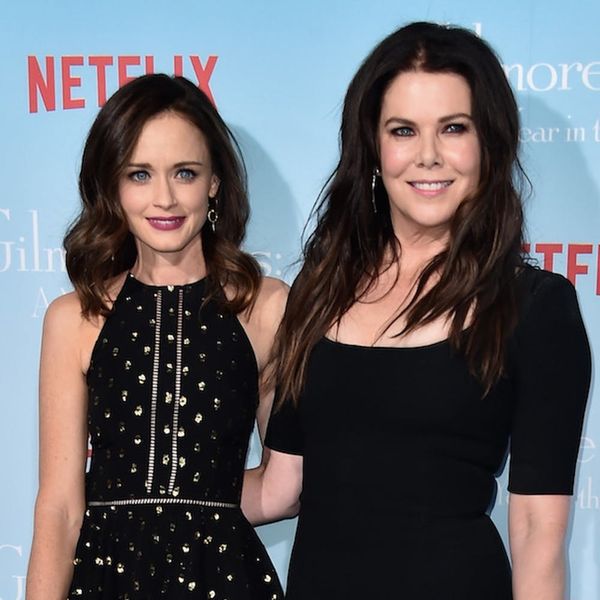 It felt like it took forever for it to get here, and then, it was over in a flash. After we binge watched Netflix’s Gilmore Girls: A Year in the Life four-episode reboot last fall, we had a lot of feelings to process.

First of all, we were confronted with the fact that Rory Gilmore might be the actual worst. Plus, there were those famous final four words. The show ended on a TOTAL cliffhanger of Rory telling her mom she was pregnant, but since she had a boyfriend AND a secret relationship with Logan on the go (not to mention the one-night-stand with a rando), we were left wondering who the father could be.

While there hasn’t been any confirmation that additional episodes are seriously being considered, we’ve been picking up on a few hints from the cast and associates that maybe — just maybe — there’s a possibility of picking up where A Year in the Life left off. Let’s get sleuthing.

Where's an eighth grade science fair when you need one? #GilmoreGirls pic.twitter.com/6qYnjbn32q

This Netflix tweet. About a month after the new episodes arrived on Netflix, the streaming service tweeted a photo of Logan and Rory’s sadsack boyfriend Paul (or is it Phil?!) that said “Finding My Father.” The tweet read “Where’s an eighth grade science fair when you need one?” referencing the project Luke’s daughter April did in the original series to determine her biological father. Could they be hinting that there will be more of this story line to come??

Alexis Bledel is just vague enough to give us hope. When Alexis recently appeared on a Television Critics Association panel to talk about her new Hulu series The Handmaid’s Tale, she inevitably fielded questions about the future of GG too. “The only thing I can say about a future installment of the show is it would be about the story and certainly the timing,” she said, demonstrating a definite openness to future episodes, even though she said there hadn’t been any conversations about continuing yet.

Who is the father of Rory's baby? We asked @MiloVentimiglia at the red carpet last night #GoldenGlobes #GilmoreGirls pic.twitter.com/RkWOSzlq1Z

Milo may have told us more than he realized. On the Golden Globes red carpet, Variety asked Milo Ventimiglia who he thought Rory’s baby daddy was, and his answer was shocking for a couple of reasons. “I don’t think it’s any of the three guys at all,” he said, leaving us scratching our heads and wondering what the heck his theory might be. He went on to admit that he hasn’t “really sat around and thought about it [and] wondered who it was,” then added, “I’ll be as surprised as anyone else is.” I’ll as in “I will?” As in you will be surprised when you do find out because more episodes are coming?! It sure seems that way.

Do you hope we see more Gilmore Girls episodes in the future? Let us know @BritandCo!