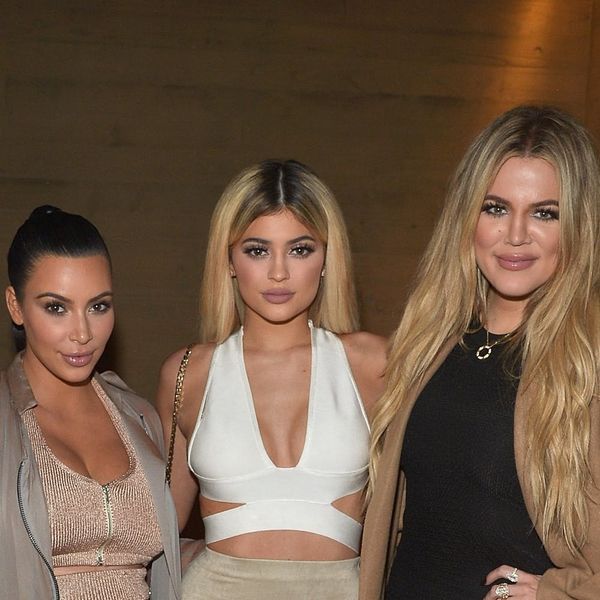 Season two of This Is Us premiered on NBC on Tuesday, and along with dropping a major (and devastating) hint about Jack’s death, it ALSO dropped a mind-blowing prediction about the current wave of Kardashian-Jenner pregnancies. Warning: Spoilers ahead!

In the episode, Kevin (Justin Hartley) is on the phone with Sophie (Alexandra Breckenridge), who says she’s not in LA with him because she wanted to watch the Kardashians (super relatable, TBH).

“Listen, the Kardashians aren’t going anywhere,” Kevin replies. “I promise. They’re like gremlins — by next week there will be like a bazillion more of them.”

Well played, This Is Us.

All of the still-unconfirmed pregnancy announcements have come within the past three weeks, and This Is Us’ premiere episode very likely would have been filmed much earlier than that. Naturally, viewers took to Twitter to freak out.

How in hell did #ThisIsUs know about the #Kardashians multiplying? pic.twitter.com/cQmDjRsZAG

#ThisIsUs calls the Kardashians "like gremlins, by next week there’ll be a bazillion more of them.” WHAT DID THEY KNOW

"The #Kardashians are like gremlins, in a few weeks there will be a million more of them." @NBCThisisUs HOW did you know?! 👶🏼👶🏼👶🏼 #ThisIsUs

“The Kardashians are like gremlins, by next week there will be thousands of them.” WHAT INCREDIBLE TIMING #ThisisUs #Pregnantx3

It’s likely just a lucky coincidence on the show’s behalf, but nonetheless, we’re here to buy into any and all fun theories about a This Is Us–KUWTK conspiracy.

What other surprises do you think This Is Us has in store for season two? Let us know @BritandCo!