Ariana Grande Just Dished All the Details on Her New Album 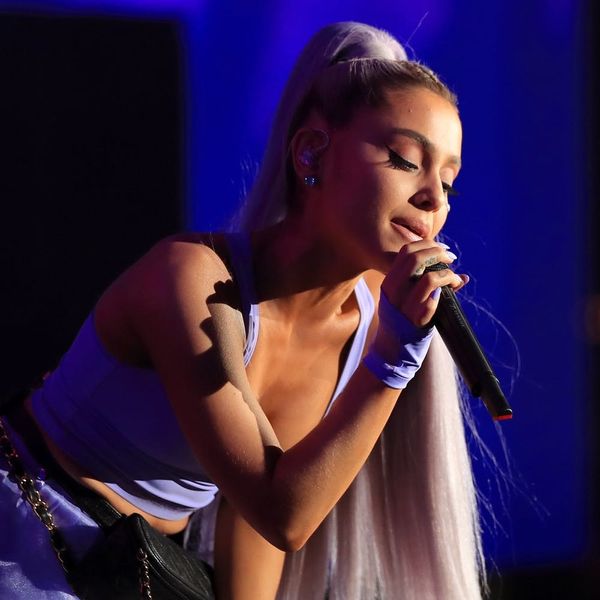 Ariana Grande made her return to social media (and the music world) last week with the release of her new song and video, “No Tears Left to Cry.” Now the singer is sharing all the details on her upcoming album in a new interview — her first since the tragic attack at her Manchester concert.

“I’ve been away too long, I wanna say everything,” the singer said, smiling, as she sat down with Jimmy Fallon on The Tonight Show. She went on to reveal that her new album, Sweetener, would be released on July 20. “It is called Sweetener because it’s kind of about bringing light to a situation or to someone’s life or somebody else who brings light to your life or sweetens the situation,” Grande continued.

The new album will be Grande’s first since since a bombing at her Manchester concert in May 2017 claimed the lives of 22 people.

Fallon took a moment to acknowledge the tragedy and commend Grande for her strength and support to victims and survivors in the aftermath. “I know it’s tough for everybody, tough for fans, and tough for you. I know you haven’t done any interviews. I understand that,” he said, as Grande grew quiet and touched her hand to her heart. “I just want to say thank you so much for coming on the show and for being strong, for entertaining, for showing up, for going back to Manchester and doing a benefit. I just think you’re so strong and so cool.”

Watch the entire interview below.

Are you excited for new music from Ariana Grande? Let us know @BritandCo!