Duchess Kate Is Pregnant and Expecting Royal Baby No. 3 With Prince William! 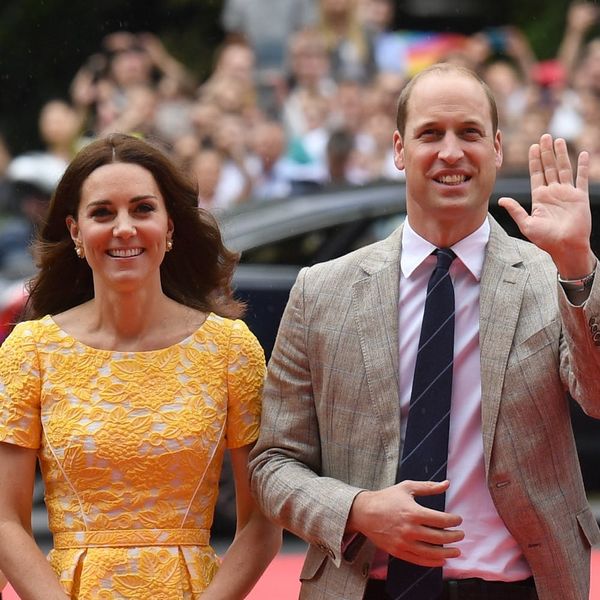 Another royal baby is on the way! Kensington Palace announced Monday morning that Duchess Kate and Prince William are expecting their third child together.

The statement also noted that, as with her first two pregnancies with Prince George, now four, and Princess Charlotte, two, the Duchess is suffering from hyperemesis gravidarum and has had to cancel an appearance at the Hornsey Road Children’s Centre in London. According to the statement, she is being cared for at Kensington Palace.

Not many other details are known at this time, but People reports that she is believed to be less than three months pregnant and that the announcement was made early due to the associated illness.

The news comes amid a big year for the royal family. August 31 marked the 20th anniversary of Princess Diana’s death, and both William and Harry have given much of their time in recent months to tributes in her honor. And this week, William and Kate will take Prince George to his first day at his new school, Thomas’ Battersea in London.

Royal watchers are also keeping their eyes peeled for an engagement between Prince Harry and his girlfriend, Meghan Markle, so we’re sure he’s happy to have his big brother take the pressure off with this announcement. Congrats to the growing family!

Are you excited for another royal baby? Let us know @BritandCo!