You’re Welcome: These Women Are the Reason We Saw Pluto Today 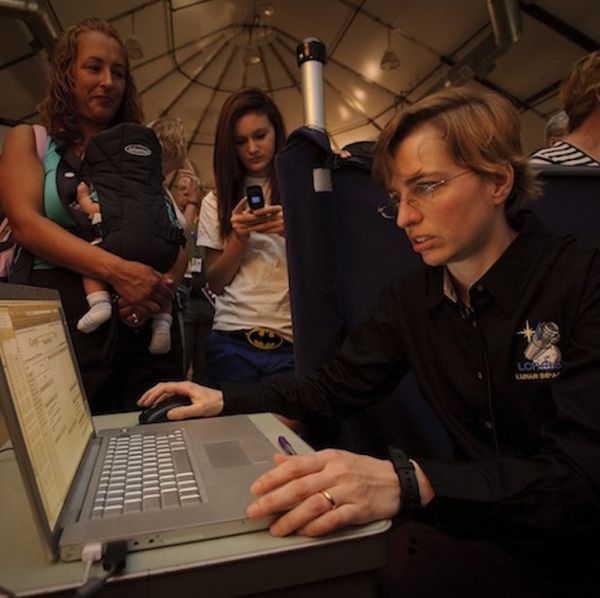 A quick scroll through most of our Instagram feeds usually yields results like baby pics, selfies, maybe some perfectly made crafts (cough, Brit + Co #iamcreative, cough) but if you follow NASA today you saw a planet three billion miles away.

Today @NASA shared a picture of the surface of Pluto taken during a flyby mission. The mission, called New Horizons, is pretty epic for a lot of reasons. One because it’s freaking Pluto, the farthest away planet (okay, technically a dwarf planet) in our solar system and two, because the mission involved a large number of truly bad a** women.

According to an Atlantic article, New Horizons’ crew consisted of 200 members, a quarter of which were women. That may not seem like a lot but it is the largest number of women staffers on a project in NASA’s entire history. The mission is jam packed with female astrophysicists some who have been with NASA since the ’70s. Dr. Kimberly Ennico is one of them and says that back in the day people just assumed she was a secretary. The predominantly female crew for this mission “feels normal,” she says “which is wonderful.”

With so many women fighting for fair wages and girls being discriminated against in STEM activities we can take hope from Ennico and women like her who are making such giant leaps for science and technology. The journey to equality, these women echo, is far from over. She says: “when we get to the point in which we don’t need to call attention to whether you’re a woman or a man, that’s when we have succeeded.” Hopefully that time will come sooner than we expect.

Did you ever want to be an astronaut when you were growing up? Are you an astronaut now? Tell us in the comments1[/request-comm

Molly Sanchez
Molly Sanchez is a writer, comedian and lover of burritos everywhere. She has written for The Bold Italic, Liquid Bread, Thrillist and HelloGiggles. She devotes her time to Bloody Mary research, exploring San Francisco and promoting wide spread shower beer awareness and appreciation. Find her on Twitter @seriousmolly trying to get famous people to laugh at her jokes or on Instagram @mollyfuckingsanchez where she swears a lot.
science
Tech
science STEM
More From Tech