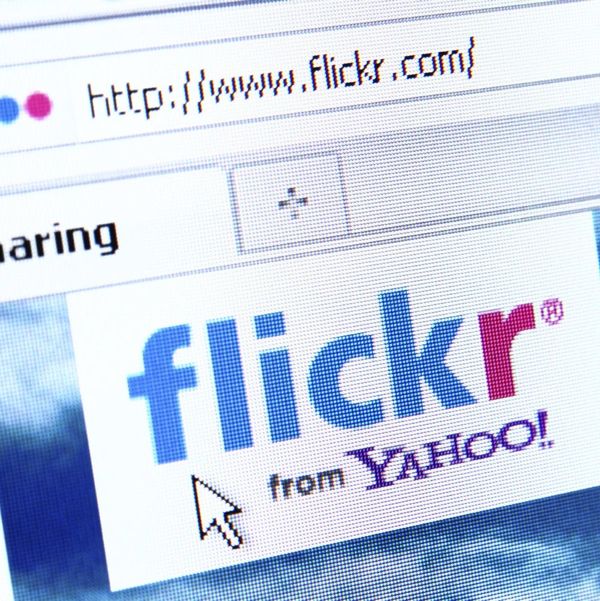 It’s kind of hard to believe that a world existed without social media. It’s even harder to remember the days when all these platforms were just beginning. It was a time before Justin Bieber was dating Hailey Baldwin, before Chrissy Teigen (who has a genius way to prevent stretch marks) was popular and before you could stream Netflix and Hulu favorites all weekend. 2006 fell smack in the middle of those awkward years, and while the Internet has evolved since then, it’s hilarious to look back and see what was trending that year.

1. Twitter was just an idea. Hard to believe, but Twitter turned a decade old this week. It began as just an idea Jack Dorsey and a few buds had back in 2006. Today, there are almost 500 million people on Twitter, including heavy-hitters like Katy Perry, who has upwards of 84 million followers.

2. MySpacewas the most popular social network. Instagram and Snapchat who? MySpace dominated in 2006, with celebrities like Taylor Swift and Kim Kardashian getting their feet wet with social media on this site. It was even more visited than Google. Facebook really took off in popularity in 2008, knocking MySpace way, way down the social networking list, but for a brief moment in the mid-aughts, MySpace was the place to be. (Image via waybackmachine)

3. Facebook had just launched its news feed feature. There once was a time when Facebook wouldn’t let you post pictures or even share all your emotions (forget emojis!), but that all changed in 2006 with the introduction of its news feed. You could finally find out people’s birthdays, relationship statuses (although it was really limited back then — “It’s complicated,” anyone?) and any profile updates. This is pre-like button, pre-subscribing. Mind. Blown. (Image via waybackmachine)

4. You could Elf Yourself. Dancing elves were the name of the holiday game in 2006, where you could add your face or the face of your loved ones into a virtual dancing elf image. Did you know that it started as an ad campaign for Office Max? It received 200 hits a second when it first came out, and now you can make the elves dance country, disco and even EDM. Last year, they even added a new video featuring everyone’s favorite Internet star: cats. (Image via MacSparky)

5. Everybody knew the Numa Numa guy. Remember that European hit “Dragostea din Tei”? Back then, everyone knew it, thanks to the “Numa Numa” guy. While it was created in 2004, it hit peak popularity in 2006 with almost 700 million views. Funny thing is, you’d assume it was first uploaded on YouTube, right? Wrong. Newsgrounds was the originator of this blurry, viral hit. (Video via YouTube)

6. Flickr was how you shared your pics. While still a super popular way to share photo streams (was that even a term in 2006?), Flickr has been surpassed by Instagram when it comes to sharing beautiful photography. Fun fact: Flickr is owned by Yahoo and has over 3 million photographs uploaded to the site per day. (Photo via iStock)

7. Etsy was just a little bitty crafting site. Launched only in 2005, Etsy was in its beginning stages and didn’t reach a million dollars in sales until 2007, which is small potatoes compared to the 54 million current users who are doing 1.93 billion dollars in business on the site. The company went public in 2015 and continues to be the premier place for peer-to-peer sales online. (Photo via iStock)

8. Google had just bought a hot little startup called YouTube. Google paid 1.65 billion dollars for the site, which was founded in 2005 in California by three early PayPal employees. (FYI, PayPal is ancient — established in 1998!) The founders are often quoted as saying that the idea came from Janet Jackson’s infamous Super Bowl 2004 performance and the 2004 Indian Ocean Tsunami. People wanted to see content that they couldn’t access, whether to watch it again or through sharing. It’s since gone on to be the home of some of our favorite Internet celebrities such as Jenna Marbles. (Video via YouTube)

9. One of the most popular viral videos that year was The Evolution of Dance. This six-minute video was number one in 2006 on YouTube and featured artists ranging from Elvis to Vanilla Ice. Judson Laipply, the mastermind behind the video, is now a public speaking professional and has 92,000 YouTube subscribers to his own credit now.

10. LonelyGirl15was a huge deal. Who’s that, you might be asking? In 2006 a video featuring a girl named Bree who was being targeted by a cult went totally viral. Strange sounding, yes, but at the time no one knew if it was real or not — “Bree” even had a MySpace page. It later turned out to be a hoax and was the basis for a ton of online spin-offs.