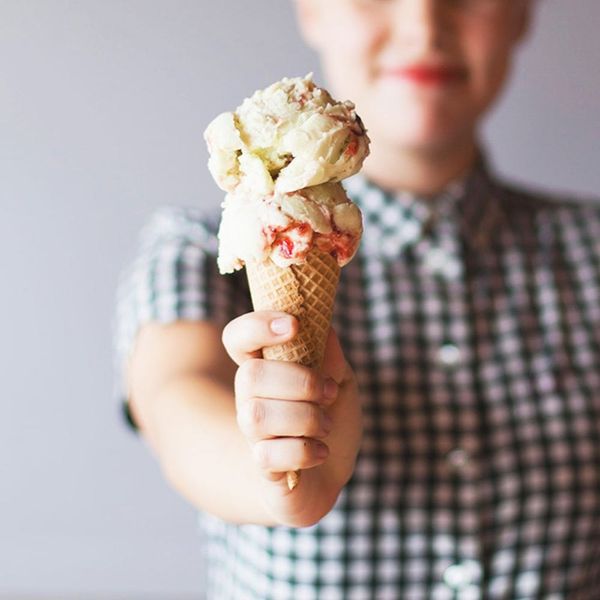 Bike lovers, granola eaters, food truck gourmands and people who deserve to call themselves coffee snobs and beer geeks — yes, the dream of the ’90s is alive in Portland. Portlandia only slightly exaggerates what’s going on in the beloved Pacific Northwest city, and all that serious passion portrayed on the show equates a hotbed of creativity IRL. Portland is a maker city, and while there’s no way we could cover every spot that is living the dream, we went ahead and picked out a few to entice you to check it out sooner rather than later.

1. Jupiter Hotel: This boutique hotel is known for its 80 upscale and modern guest rooms and its adjoining and famous music venue/bar/restaurant The Doug Fir Lounge, where you can eat, chill and party.

2. Ace Hotel Portland: By now an Ace in any city is a gathering space for the tragically hip. But Portland’s Ace is the original Ace. If you stay at this conveniently located hotel, you get the option to ride around town all day on their free bikes and you have access to the attached Stumptown Coffee. Make sure to sip a cocktail at the adjoining restaurant, Clyde Common, and even if you’re staying on the first floor, take the stairs all the way to the top to check out the awesome stairwell mural by Evan B Harris.

3. McMenamins Crystal hotel: McMenamins is a small chain of boutique hotels throughout Oregon and Washington. Each of their delightfully quirky accommodations offer pubs, movie theaters, concert venues, even spas and craft beers and wines. The Crystal Hotel is a must-visit even if you don’t end up staying there.

4. Beast: Owned and operated by Chef Naomi Pomeroy, who competed on Bravo’s Top Chef Masters, the restaurant serves a six-course prix-fixe menu in a communal setting twice nightly, Wednesday through Saturday, and one dinner on Sunday. The place is beyond popular for a reason, and reservations are a must.

5. Le Pigeon: If Beast is a little out of your price range, grab a spot at the bar and watch as the tiny open kitchen prepares you one of the best meals of your life. The place is intimate and on a mission to get you acquainted with what Portland does best — meat, meat and more meat.

6. Bamboo Izakaya: Portland is leading the recent spread of the izakaya pub culture in the nation. If you want real charcoal- and robata-grilled food, then go straight to Bamboo Izakaya.

7. Garden Bar: You’ll quickly learn that Porltanders love their proteins. But if the meat sweats start kicking in, there is a refuge out there. The city’s first salad bar just opened last year. Their house-made vinaigrettes, like miso sesame soy and Oregon white truffle and carrot ginger, are lunchtime conversation topics.

9. Tasty n Alder: Brunch is an olympic sport in Portland, so make sure you rise and shine early to get to wherever you’re headed. If you’re only in town for one night, you’re going to want to get to Tasty n Alder before the doors open. There, you’ll be rewarded with delicious morning cocktails and dishes like the bim bop bacon and eggs, French toast and chocolate potato donuts.

10. Ole Latte Coffee: If you ask 100 locals what the best coffee is in the city, you’ll get 100 different answers. There are options galore, from popular cafes to small neighborhood coffee shop. But if you ask us, we’d pick a coffee cart. Ole Latte is in the food cart block downtown. They serve a killer latte, and their location makes it an ideal stop-off before a big day of sightseeing and shopping. (Photo via Portland Monthly)

11. Cacao: If you rather suck on a cocoa bean over a coffee bean, Cacao serves the most decadent chocolate drink in town, if not in the world. (Photo via Kerstin’s Chocolate Blog)

12. Upright Brewing: Undoubtedly a trip to Rogue Distillery and Public House is a must for their Dead Guy Ale, Morimoto Soba Ale, Voodoo Doughtnut Bacon Maple Ale and even Sriracha Hot Stout. But once you’ve hit up the big boy of breweries, you’re going to want to go in search of the small guys. And there are a lot of them in Portland. One of our favorites is Upright Brewing. Not only are their beers good enough to bring a tear to your eye, but the journey to the clandestine office building, where you then take an elevator to the basement where you’ll sit among the tanks, makes them taste that much better.

13. Rum Club: When you’re ready to whet that whistle with the hard stuff, shimmy on into the Rum Club for one of their expertly shaken cocktails. They’re slinging them in both the classic and craft variety.

14. Canoe: Portland locals love this retail shop, which offers beautiful, modern and functional objects for home, work and life. This is the dream place for design lovers. In fact, you’ll almost think it’s a little museum of modern art.

15. Betsy + Iya: Betsy + Iya’s handcrafted jewelry line includes super sleek gold accessories that you can wear anywhere and anytime. If you forced us to pick one souvenir to take home from the city, this would be it.

16. Beam and Anchor: By all means, yes, get your quintessential Pendleton blanket. Once you have that covered, head to Beam and Anchor, where you’ll find a wonderful warehouse filled with maker baubles galore. From kitchenwares and jewelry to furniture and bags and wallets, this is one of our favorite maker shops in all of Portland. And for a city filled with makers, that’s saying a lot.

17. Bridge & Burn: Want to blend in with the locals? Outfit yourself with jackets, denim button-ups and plaid shirts from Bridge and Burn. Every piece is designed in their local studio, which is lofted right above the store and pretty cool to get a glimpse at while you’re trying on your soon-to-be can’t-live-without jacket. If you’re more car camper than urban adventurer, make sure to hit up outdoor-gear purveyors, Poler Stuff.

18. Powell’s Bookstore: If you’re planning a trip to Portland, you probably already know all about Powell’s Books. But it really is that good, so we just have to reaffirm that you do indeed need to go. It’s the largest independent new and used bookstore in the world. That’s right. The building occupies an entire city block, and inside there are nine color-coded rooms/floors through all the tomes. (Photo via Oregon.com)

19. Tom McCall Waterfront Park: One of the things that we love about Portland is that it’s all about eating and shopping, and the sightseeing tends to be free. Just biking or walking along the Willamette River is one of our favorite ways to burn off the beer, meat and Blue Star Donuts. Just make sure you pack (or buy) a backpack to haul around all those locally made goods that you’ll be snatching up.

We know y’all have opinions on where to go. Add your recommendations to the comments below!

Yuka Murai
As a fashion writer and official blogger at ELLE Japan, Yuka is always on the hunt for awe-inspiring stories, ideas and products from all over the world. Raised in Tokyo, she currently resides in the outskirts of Portland, OR. She has a two-year-old son and a newborn daughter.
Makers
Home News
Makers
More From Home News