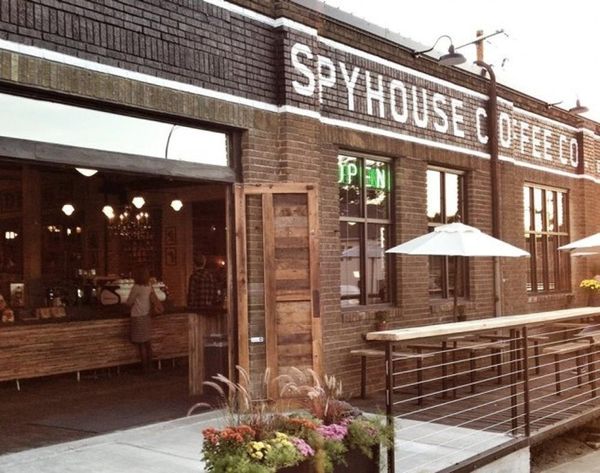 Blame it on the Boston Tea Party if you will, but we’ve been a nation of coffee drinkers for a while now. Travel + Leisure recently released their list of America’s best coffee cities, widely focusing on small, craft roasters that are really changing the way we think about coffee beyond pumpkin spice syrup and a misspelled name on a paper cup. We’re giving a nod to their favorites and adding a few notes of our own. Did your favorite pick-me-up make our list?

1. Portland, OR: The Pacific Northwest hipster haven is a clear front-runner in the coffee game. While Seattle tends to be best-known for the big guy (you know the one), Portland is known for the little-big guy, Stumptown Coffee Roasters, the popular roaster that is continuing to expand outside Oregon. Other honorable Portland mentions include Coava, Water Avenue Coffee and Courier Coffee. (via Stumptown)

2. Seattle, WA: While pumpkin spice lattes are well and good, Starbucks doesn’t actually fuel the entirety of Seattle’s coffee scene. There are tons of great smaller boutique roasters, and the community rallies around them. Travel + Leisure recommends Slate Coffee Roasters, as well as Convoy Coffee, a bike-powered pour-over coffee cart. (via Convoy Coffee)

3. Providence, RI: Geek chic runs deep in Providence, which is why cafe culture is as rich as a warm latte. Sweet “coffee milk” is actually Rhode Island’s official state drink, and if you want to try one of the best, you should head to Dave’s Coffee. They sell an espresso-based coffee syrup that locals add to a glass of milk or to sharpen up their morning cuppa. Chemex holds court at Bolt Coffee Company, one of T + L’s favorite up-and-comers. (via Bolt Coffee Company)

5. Houston, TX: Like a perfectly prepared vacuum-brewed cup? Siphon Coffee is the place to get it. It’s fun to watch, too. As T + L says, these baristas frown on cream and sugar, but “they do condone snacks (like breakfast tacos and empanadas).” Revival Market is the spot to try out another Houston-based roaster, Greenway. (via Siphon Coffee)

6. New Orleans, LA: Chicory! Do you even know what chicory is? It’s a coffee additive made with endive root that the legendary Cafe du Monde uses liberally. Pair your cafe au lait with a beignet, and you’ve had one of the most quintessentially N’awlins experiences. PJ’s Coffee uses a cold-trip process that keeps their cups smooth, and CC’s Coffee House is the place to go if you want to support local but still want something with a lot of whipped cream on top. (via Cafe du Monde)

7. Kansas City, MO: Since it’s known largely for barbecue, we never would’ve thought that KC was a coffee destination, but we’re so glad to be wrong. Parisi Artisan Coffee is an Italian-style coffeehouse where you’d do well to order an affogato (espresso + gelato) and take a class. For a beautiful view, check out Thou Mayest Coffee Roasters. (via Parisi)

8. Portland, ME: Two Portlands on one list! The New England city has supported strong local chains since the ’90s, and Coffee by Design is a longtime favorite for micro-roasted beans and beverages. Bard Coffee does a killer nitro cold brew, while Crema lives up to its name with a rich Caffe Milky Way drink that’s exactly like it sounds. (via Bard Coffee)

10. Minneapolis-St. Paul, MN: The Twin Cities (this editor’s hometown!) is home to the other big guys, Caribou Coffee, but is also in the middle of a third-wave craft coffee movement. Aside from T + L’s solid recommendations of Peace Coffee and Spyhouse Coffee Roasting Company, we’d never forgive ourselves if we didn’t give shout outs to Dogwood, Bull Run and newcomer Five Watt Coffee, where the java cocktails include ingredients like black walnut bitters and orange zest, and owners are a living example of “Minnesota Nice.” (via Spyhouse)

11. Los Angeles, CA: Downtown LA has seen a huge revitalization, and there’s an iced coffee to thank? Well, in part. G&B‘s iced coffee (with house-made almond-macadamia milk) was recently named the best in the nation by the New York Times. On the west side, you’ll find pop-up-turned-permanent Cognoscenti, where you should definitely order up one of their Vietnamese-style coffees. (via The New York Times)

13. Nashville, TN: Laid-back Nashville is so well-suited to coffee culture it’s silly. Barista Parlor is one of the local gems, in part thanks to their high-profile partner Dan Auerbach of the Black Keys. Crema Coffee Roasters is another friendly hub for incredible siphon brews, coffee sodas and an educational coffee environment. (via Barista Parlor)

14. New York City, NY: Well, there’s Central Perk, of course. (JK, guys. JK.) T + L gives nods to the Big Apple for Cafe Grumpy (as seen on Girls), as well as being a melting pot for national and international coffee standouts. Blue Bottle, Stumptown and Intelligentsia all have outposts in NYC, as well as Australian coffee bars like Bluestone Lane and Brunswick. (P.S. In Australia, coffee includes table service and is a very big deal.) (via Cafe Grumpy)

15. Atlanta, GA: Order a “bear” at Aurora Coffee and you’ll be quite happy with your beverage. Brown Bear means half iced coffee and half chocolate milk, while a Polar Bear swaps in white chocolate and peppermint-flavored milks. If you want to skip the milk, order the Americola at Octane Coffee, which features half espresso and half Coca-Cola. WHAT IS EVEN HAPPENING RIGHT NOW. (via Octane Coffee)

16. Cleveland, OH: Cleveland’s Phoenix Coffee is a stalwart on the scene, roasting its own beans for 20 years and brewing inventive blends like bourbon-barrel-aged beans. Rising Star Coffee is a newer shop that brews by the cup in a former fire station. (via Phoenix Coffee)

17. San Diego, CA: San Diego (where this editor lives!) is a sporty place, so caffeine is important to keep the energy up. Dark Horse Coffee Roasters (what I drank this morning) is run by a Hawaiian transplant who grew up surrounded by coffee fields and takes a purist attitude to java. Bird Rock is a notable favorite, as well as the new industrial-minimalist James Coffee Company in Little Italy and the beachy Lofty Coffee Roasting Works in Encinitas. Even San Diego’s craft brewers have gotten involved in the coffee craze — Modern Times Beer has started roasting and selling coffee beans. (via Annie D’Souza)

18. Chicago, IL: Phew, we’ve finally made it to Intelligentsia Coffee Roaster‘s home turf. Not only is the Windy City home to one of the most wonderful roasteries in the nation, but you’ll also find your Goldilocks cafe culture. Ipsento in Bucktown is classically cozy and welcoming, while Bad Wolf in Lakeview is more of a lovable Soup Nazi/grab-and-go affair, where you will not even be invited to sit down (because, no chairs). (via Intelligentsia)

19. Honolulu, HI: In the only U.S. state that’s actually able to grow its own coffee, you can expect some great things. Glazer’s Coffee sources only local beans and produces phenomenal latte art like pandas and bunnies. Morning Glass is another hip shop that really embraces local flavors in all that it does, including Lehua honey from Oahu and lilikoi fruit from the North Shore. (via Glazer’s)

20. Austin, TX: As T+L says, coffee (like most things in Austin) are best with live music and a patio. They recommend Spider House Cafe, Mozart’s Coffee Roasters (with views of Lake Austin) and Buzz Mill, a single-origin spot that feels like you’re in a log cabin and sees frequent food truck visitors. (via Buzz Mill)

Did any of your favorites make the cut? Let us know what you think about the picks in the comments!

From Your Site Articles
Annie D'Souza
Annie is the founding father and editor-in-chief of The Midwestival and a long-time jean-on-jean enthusiast.
Makers
Recipes
Makers
The Conversation
More From Recipes