How to Deal With Social Media After a Breakup 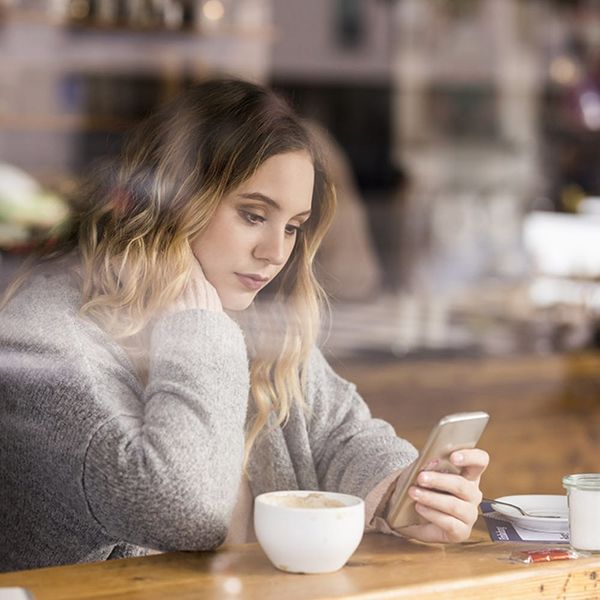 Whether you’re the one doing the breaking up or the one being broken up with, a romantic split is riddled with crummy moments. There’s the stomach-sinking, “We need to talk” line, and the uncomfortable conversation about what’s not working. There are usually tears, and the awkward redistribution of sweatshirts and toothbrushes from each other’s places. There’s the process of telling your loved ones that you and your former partner are no longer a thing, and the realization — sometimes later on — that it really is over. And each one of those moments is a serious blow.

But we’re living in a social media world, so even after all of that, you’re still not quite done. Our reliance on our feeds has created some new and complicated questions about what to do when a relationship comes to an end. “Social media makes it harder to move on from a breakup,” relationship expert and co-founder of invite-only matchmaking service Platinum Poire Rori Sassoon says. “Social media in today’s day and age is also a nightmare when you’re trying to heal from a breakup. You don’t want to see that stuff!”

According to Sassoon, your first social media move after a breakup should be to unfollow your ex. You may feel ready to reengage with their content later on, but for the time being, it’s best to get some space. After all, how are you supposed to find a healthy mindset when you’re regularly scrolling through photos of your former bae traveling with friends, celebrating a family birthday, or eating an especially delicious-looking avocado toast? Do yourself a favor and take a break. And the more reliant you are on social media, the more important this can be. A total Instagram hiatus even be in order!

You may also be wondering what to do about all of the photos tagged of you and your ex. Should you leave them as a souvenir of the good times you shared or strike them from the record entirely? Sassoon recommends archiving them, rather than deleting. Temporary removing those pics from your feed will ease the negative emotions you associate with social media after a split, and it may also make it more feasible for you to move on, if that’s what you’re interested in.

“No potential [new] partner wants to see you with your ex all over the place,” Sassoon tells us. “It doesn’t encourage future potential partners to try to seek you out or ask you out. You have control of what your social media says to the world.”

Now that you’ve archived all those memories, what should you be adding to your feeds? Is it time to post a gorgeous photo of yourself living your life independently, paired with a caption that points to just how happy you are? Sassoon says the answer is “maybe” — it all depends on your true motive.

“As long as you’re posting the photo for yourself and not for your ex, this can be healthy,” she says. “If you love the way you look because you’re genuinely happy and having a great hair day, go for it. The caption should reflect this guideline, as well. Make sure that your verbiage is not negative and not knocking your ex. Always be respectful and classy.”

How do you deal with the tricky world of social media after a breakup? Tweet us @BritandCo.

Alli Hoff Kosik
Alli Hoff Kosik is a freelance writer who is passionate about reading, running, rainbow sprinkles, her lipstick collection, watching embarrassing reality TV, and drinking pink wine. She lives in Brooklyn with her husband and (in her dreams, at least) three golden retriever puppies. Listen to her talk books on The SSR Podcast.
Relationship Advice
Relationships
Relationship Advice Self Care Social Media
More From Relationships