President Trump’s Transgender Military Ban Has Been Put on Hold 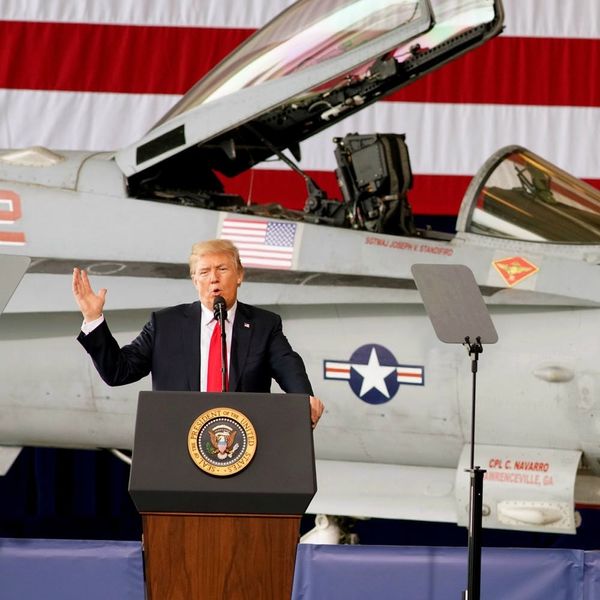 In a ruling late last week, a federal judge put a hold on President Trump’s proposed transgender military ban for a third time, citing the fact that the administration’s most recent attempt was too similar to its first proposal. This means that the original injunctions against the ban must stand.

In March, the president proposed a revised ban that would force transgender people to serve in the military under the gender they were assigned at birth, arguing that this change allows transgender people to serve in the military without challenging the constitutional issues that may have arisen out of an outright ban. But US District Judge Marsha Pechman ruled late Friday that the court didn’t agree with the president’s assessment.

“The Court also rules that, because transgender people have long been subjected to systemic oppression and forced to live in silence, they are a protected class,” Judge Pechman wrote in her ruling. “Therefore, any attempt to exclude them from military service will be looked at with the highest level of care, and will be subject to the Court’s ‘strict scrutiny.'”

Judge Pechman also said in her ruling that forcing transgender people to serve with the outward appearance of the gender they were assigned at birth doesn’t constitute ‘open’ service, meaning that the proposed allowance announced in March is essentially no different than the original outright ban.

In 2016, the Obama administration decided to clarify official policies regarding transgender service people with the “Open Service Directive,” an order that bans exclusion or discrimination against servicemen and women based on their transgender status. The 2016 directive also ensures medical treatments and surgeries related to transition are being funded.

At the time of President Trump’s first order in 2017, Judge Pechman was one of four judges to issue injunctions against the administration’s original ban after a number of current and aspiring transgender service members and civil rights organizations like the Human Rights Campaign filed a lawsuit to challenge it.

The lawsuit, filed in part by LGBTQ+ advocacy groups Lambda Legal and OutServe-SLDN argues that the ban violates transgender people’s First Amendment rights. In a joint statement released after Judge Pechman filed her ruling, the legal bodies said they feel strongly that justice will prevail in this case and that they applauded Judge Pechman’s ruling.

Kat Armstrong
Kat has been a writer, social media maven and mom for longer than she's willing to admit. She's also spent time in front of and behind the camera, interviewing celebs, politicians and acting as a producer for fashion and artistic photography shoots. When she isn't writing for various orgs and publications, she's hanging with her kids, husband and French Bulldog, Peter, in Toronto, Canada.
Controversy
Politics
Controversy LGBTQ Transgender
More From Politics