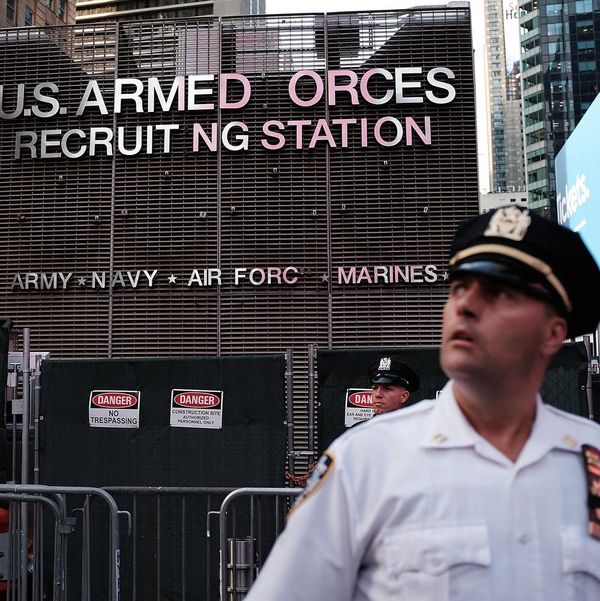 A second federal judge has ruled to block President Donald Trump’s attempts to ban transgender people from serving in the United States military.

The ruling means transgender people will be able to openly enroll in the military by January 1, 2018 as originally planned, and that transition-related surgeries and treatments will continue to be funded by the military.

Back in 2016, the Obama administration decided to clarify official policies regarding transgender service people with the “Open Service Directive,” an order that bans exclusion or discrimination against servicemen and women based on their transgender status. The directive also ensures medical treatments and surgeries related to transition are being funded.

On June 30, 2017, one day before the directive was to come into effect, Trump’s Secretary of Defence James Mattis announced it was under review and that implementation would be delayed until January 1, 2018.

Later in July, Trump took to Twitter (surprise!) to announce his plans to implement a very different policy regarding transgender service people:

“After consultation with my Generals and military experts, please be advised that the United States Government will not accept or allow transgender individuals to serve in any capacity in the US Military,” Trump said in a series of tweets. “Our military must be focused on decisive and overwhelming victory and cannot be burdened with the tremendous medical costs and disruption that transgender in the military would entail.”

Those haphazard Tweets eventually became a new directive that officially bans new openly transgender service members from enlisting and blocks the funding of new trans-related medical treatments and procedures. How it would affect currently serving transgender people was unclear.

Queer rights groups immediately filed a motion for an injunction to stop the order in its tracks, and in October, a federal judge temporarily blocked the directive.

This second finding against Trump’s directive, decided Tuesday, was filed on behalf of six transgender members of the armed forces. US District Judge Marvin Garbis approved a court injunction against the directive, and went even further than the October injunction, ensuring that transgender military members will still be able to access funded transition-related health care once the injunction takes effect:

“[The Plaintiffs have] demonstrated that they are already suffering harmful consequences such as the cancellation and postponements of surgeries, the stigma of being set apart as inherently unfit, facing the prospect of discharge and inability to commission as an officer, the inability to move forward with long-term medical plans, and the threat to their prospects of obtaining long-term assignments.”

The two injunctions are not final findings in the case, which are still forthcoming.

Transgender troops have become a hot-button issue for many Trump supporters, despite the fact that the influence of the transgender cohort in the military is relatively small. An article in Time points to a report that found there are somewhere between 1,320 to 6,630 active-duty transgender service members costing between $2.4 and $8.4 million, while the Pentagon spends $84 million treating erectile dysfunction.

What do you think of this development? Tell us @britandco!

Lia Grainger
Lia Grainger is a freelance journalist and reluctant nomad who divides her time between Canada and Spain, weather dependent. She's written for The Atlantic, Reader's Digest, the Toronto Star and other print and online publications, and her work appears in dozens of languages around the world.
Controversy
Gender Issues
Controversy LGBTQ Politics
More From Gender Issues