Goodbye to Pretty Little Liars, a Show That Strengthened My Friendships 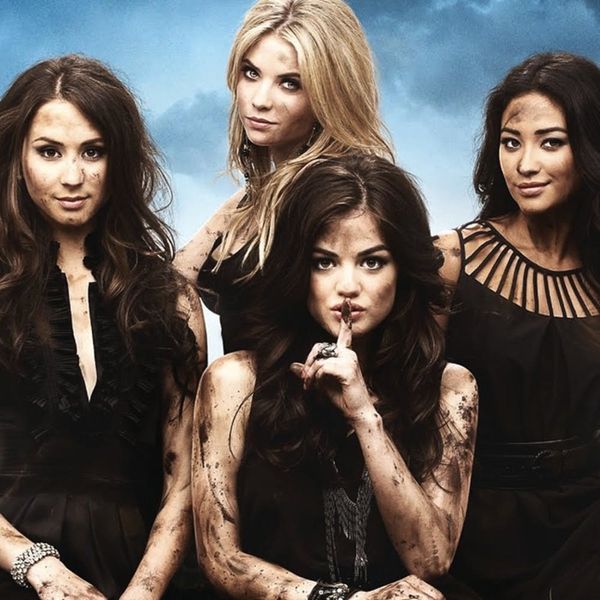 Pretty Little Liars premiered back in 2010, when my best friend Vanessa and I were baby-faced college grads in New York City, subletting strange apartments and crossing our fingers for full-time jobs. By the time season one wrapped up, we had signed the lease on our first apartment. It was there that we spent the next three years rooting for Emily, Aria, Spencer, and Hanna as they fell in and out of love, conducted half-hearted investigations, and committed less-than-brilliant crimes. We were hooked: It was a show too scary to watch alone, too suspenseful to quit, and too confusing to explain to friends and family, try as we might to recap storylines in between commercials for acne and back-to-school clothes.

Three weeks into season four, Vanessa made a big life decision, moving an overwhelming 3,000 miles away. Suddenly, Pretty Little Liars was more than a show we made fun of while hungover — it was a weekly excuse to Facetime and catch up, all while synching our DVRs down to the very same second. During commercial breaks, we’d approve job interview outfits and recap lame Tinder dates, confessing our biggest job fears and strategizing on how to deal with our new (terrible) roommates.

When it came time to plan trips together, we always made sure to include an IRL watching session. The Liars have followed us around the country, from the rooftop of a very fancy Austin apartment to the living room of a friend’s family home in Cleveland.

When I eventually took the plunge myself and moved across the country, far away from the rest of my family and friends, it was the show that gave me strength once more. Sure, I wasn’t being forced to face-off against a psychopath ex, or be trapped in a coffin as Aria once was, but it was still very scary for me.

Luckily, Vanessa and the PLL gang were waiting for me. For two more glorious seasons, Vanessa and I were in the same city again, juggling stressful and all-encompassing new jobs, hobbies, and relationships, but always managing to carve out time for our favorite TV characters.

When I moved again for grad school, midway through season seven, there were fewer tears this time — in part because we’d been through the motions before, and knew our friendship, along with our PLL devotion, wouldn’t be stopped.

In all actuality, there is very little that Vanessa and I have in common with the Liars: We have never seduced a teacher (Aria), or accidentally made out with a sibling’s significant other (Spencer, twice). We’ve never worn a bandage dress, much less one to a funeral (Hanna), and never in a million years would we envision ourselves in a romantic situation with someone who tried to drown us (Emily). But Pretty Little Liars was never *really* about those details. What united the girls was their unwavering commitment to friendship in the face of everything: evil twins, underground torture chambers, overlapping ex-boyfriends, you name it. It was THAT concept that we could relate to, heart and soul.

Seven years and 160 episodes later, we made it!!! Hundreds of dropped storylines, three cross-country moves, and one dumb time zone difference couldn't stop us from watching every @prettylittleliars episode together. Thank you to all of our friends who supported our lifestyle choice, you know who you are. Lolololol #pllendgame #halebforever #shhfingersforlife

Seven years and 160 episodes later, we’ve successfully managed to watch every single episode together. This past Tuesday, when Vanessa and I curled up to watch Pretty Little Liars for the last time for its controversial series finale, we did so knowing that it was the bittersweet end to our TV-watching tradition.

And that was okay. While our friends are skeptical, we swear this is it. After seven years of watching Pretty Little Liars, we don’t need it anymore. Like the mystery of Rosewood, our friendship will live on forever. Thank you, I. Marlene King, for creating an unforgettable show about friendship.

(Photo via Freeform and @frozenfresa)

Angela Velez
Angela is an MFA Fiction candidate at the University of Pittsburgh. You can find her reading obsessively, wandering bookstores and watching melodramatic television.
TV
More From TV