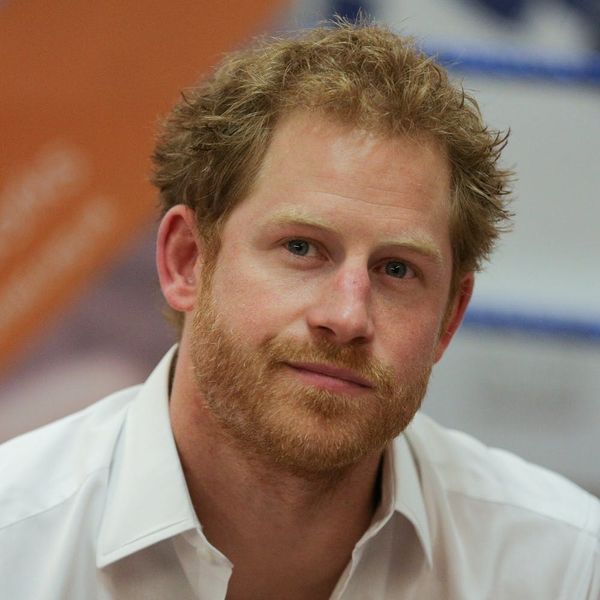 While we were all freaking out over the news that Prince Harry and Ellie Goulding might be the next royal/rocker couple (as well as laughing our butts off at the Queen scolding Prince William), it turns out there was someone else sharing Prince Harry’s bed. Or rather, sharing his bed roll.

No, it wasn’t a current love interest snuggling up to the royal. It was, in fact, Tarzan himself, Alexander Skarsgård. While chatting with Andy Cohen Live, the actor gave us all the deets of what it’s like to bunk with Prince Harry, as he spent several weeks with the prince and a team of 12 soldiers on a 208-mile ski trip to the South Pole for the charity Walking With the Wounded (holy wow!). “I was in the tent with PH,” Alexander said — PH being Prince Harry, obvs. And what happened in said tent? “What happens in Antarctica stays in Antarctica.” Oh my!

When asked if he spooned with the prince to stay warm, Alexander answered with a cheeky, “Maybe.”

“He’s a really nice guy,” Skarsgård said of Harry. “It’s a very bonding experience to be down in Antarctica for a month… You kind of forget who is a prince and who is a marine and who is an actor.” Maybe you did. We’re not so sure we’d be able to forget that we were in Antarctica with one of the hottest actors and one of the hottest royals in the world, but that’s just us.

Would you rather be stuck in a tent with Prince Harry or Alexander Skarsgård? Tweet us @BritandCo!