Prince Harry and Ellie Goulding Might Be an Item 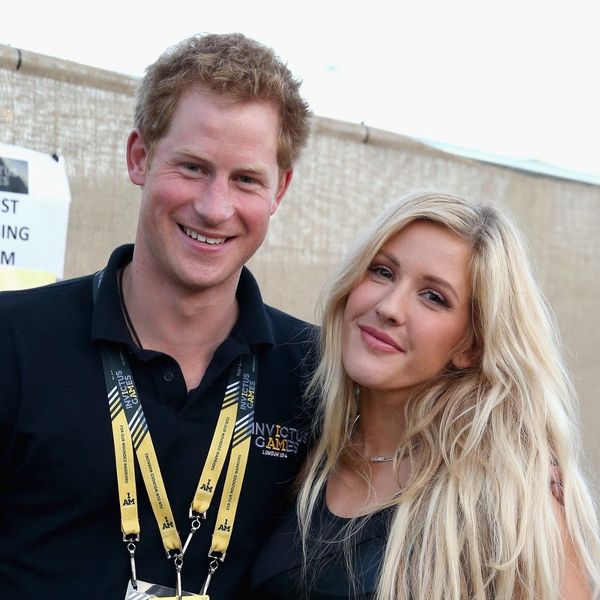 While we squee over pics of the littlest royals, Prince George and Princess Charlotte, their uncle, Prince Harry, has created some buzz of his own. The bachelor prince who’s known for his penchant for dating beautiful blondes is at it again, but this time with someone you might recognize. Ellie Goulding is the newest apple of Harry’s eye, according to reports that claim the pair were spotted “canoodling” and kissing.

Ellie, who performed at Prince William and Kate Middleton’s wedding reception back in 2011, is no stranger to the royal family, also attending the closing ceremony of the Invictus Games in 2014, which Harry organized.

Ellie, who’s 29, and Harry, at 31, seem to be pretty pleased whenever in each other’s presence, with a source telling The Telegraph, “He has told friends how much he likes Ellie and she is clearly taken by him.” According to the Sun, another source claimed that the two have been exchanging regular flirty texts, and while attending the recent Audi Polo Challenge, Harry and Ellie were seen snuggling beneath a blanket and sharing a kiss. Oh my!

The party prince was rumored to be really into the groove, dancing the night away, when the party started to heat up. “It turned into a real party late into the night and there was a complete ban on taking pictures, so Harry and the other celebrities there could feel comfortable,” said the Sun‘s source. But, oh how we wish there had been a pic. “Harry and Ellie only had eyes for each other all night — they spent a lot of time sitting together under blankets,” the source added. “They were seen having a kiss before Harry had to go because he was playing polo the next day. Ellie left about five minutes later.”

Could we be seeing a Duchess Ellie in the future? Only time (and the kissy duo) can tell!