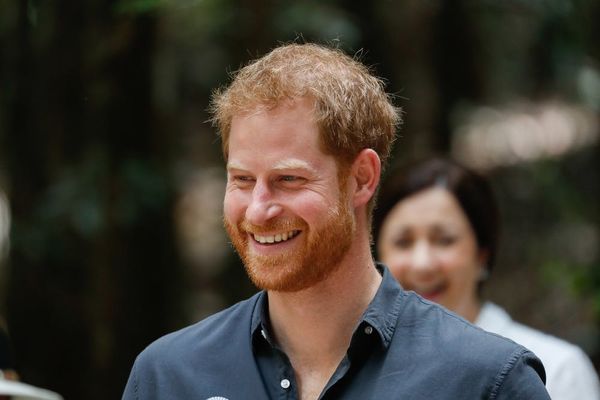 Prince Harry has made several sweet references to Meghan Markle’s pregnancy and their baby-to-be during the couple’s current royal tour, and this past weekend, he even revealed his hopes for a daughter.

As seen in a video taken by a member of the public who came out to greet the Duke and Duchess of Sussex at the Invictus Games in Sydney on Sunday, October 21, someone in the crowd yelled, “I hope it’s a girl!” as the expectant parents walked by. Harry paused for a moment before he turned toward the person and replied, “So do I!”

It’s unlikely that Harry accidentally revealed a hint as to the sex of the couple’s first child, who’s due to arrive in spring 2019. But in a previous interaction with a fan during the tour, he also approved of a name for a girl, telling a woman that her daughter’s name, Harriet, was “a great name.”

It sounds as though Prince Harry and Duchess Meghan are still working through several name options at this point. While in Melbourne earlier in the tour, Markle told some schoolchildren that she and Harry had “been given a long list of names from everyone,” and that they were “going to sit down and have a look at them.” She also added, however, that it was too early to have settled on a name just yet.

One thing that’s for certain, whether the couple have a boy or a girl, is that the child will be seventh in the line of succession for the throne, right behind Prince Harry himself.

Do you hope Harry and Meghan have a boy or a girl? Let us know @BritandCo!