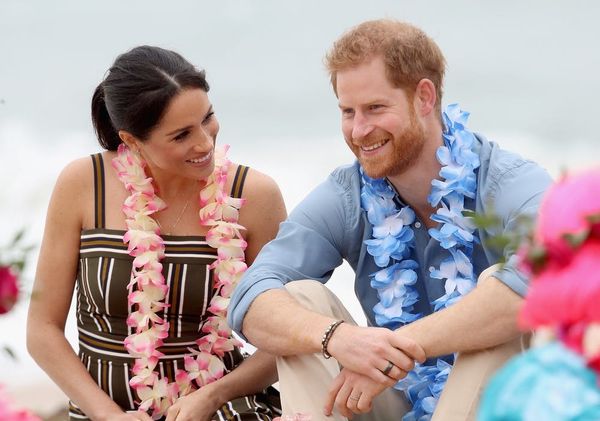 Prince Harry and Meghan Markle recently said that they already have a list of names to think about when it comes to their unborn baby, but Harry also just revealed a name he’s partial to if the baby turns out to be a girl.

During a visit to the Royal Botanical Gardens in Melbourne on their current tour, Harry stopped to talk to members of the public, as he often does. One of them happened to be new mom Jessica Bonaddido, who had her five-month-old daughter, Harriet, with her.

“As soon as I introduced my daughter to Harry, he said, ‘That’s a great name,'” Bonaddido said, according to Marie Claire UK. The name Harriet, of course, is the female version of “Harry,” so he was probably just complimenting the mom on her great taste. But if the royal couple were to go with Harriet for a girl, it could make for some cute father-daughter symmetry.

“Maybe they will choose it for their own child, which would be fun,” Bonaddido continued. “Meghan was right behind them and was playfully tickling her toes and said how sweet it was that I’d brought her out today.”

Previously, while riding the streetcar in Melbourne, Markle admitted to some fellow passengers that they have several names to consider already, but haven’t made any choices. “We’ve been given a long list of names from everyone,” Markle said. “We’re going to sit down and have a look at them.”

The Duke and Duchess of Sussex have made a point to greet and spend time with many of the well-wishers who have come out to welcome them on their tour, which has so far included stops in Australian cities such as Sydney, Dubbo, Melbourne, and the famous Bondi Beach, as well as other neighboring communities. The 16-day tour — their first as a married couple — will go on to touch down in Fiji, Tonga, and New Zealand as well.

What do you think of the name Harriet if Harry and Meghan have a baby girl? Let us know @BritandCo!