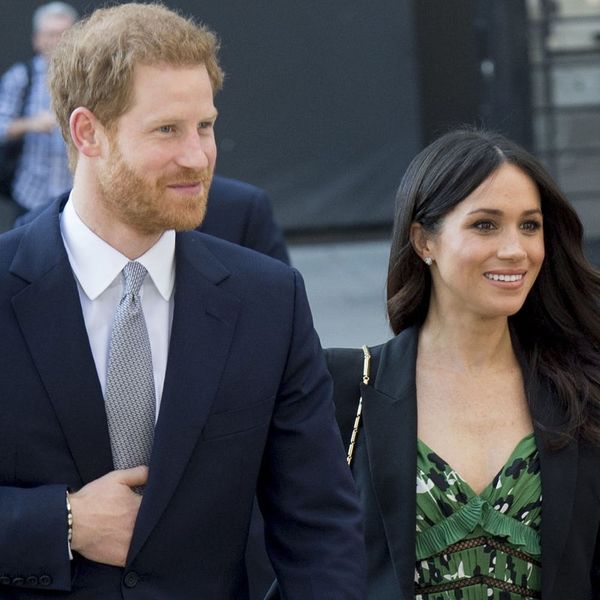 With less than a month to go before the royal wedding, Prince Harry and Meghan Markle have unveiled the beautiful musical direction they’ve chosen for their May 19 wedding.

Kensington Palace released the details of the couple’s wedding music on Tuesday morning, and like everything from the cake to the flowers and even the photographer, the couple put great care into choosing the music, starting with 19-year-old cellist Sheku Kanneh-Mason.

“Last June, Prince Harry saw Sheku play at an event in London in support of the work of Antiguan charity the Halo Foundation,” Kensington Palace said in a statement. Kanneh-Mason won the 2016 edition of BBC Young Musician, a national music competition show in the UK, and couldn’t believe his ears when he received the call to play at the royal wedding.

“I was bowled over when Ms. Markle called me to ask if I would play during the ceremony, and of course I immediately said yes!” he said. “What a privilege to be able to play the cello at such a wonderful event. I can’t wait!”

The couple have requested an additional selection of soloists, musicians, and choral groups for the proceedings, including Karen Gibson and The Kingdom Choir, which, according to the palace, is “made up of a group of British artists dedicated to creating a sound that demonstrates the community they share,” and “has become known for its united sound, warm energy and enthusiastic performance.”

“Both Prince Harry and Ms. Markle have taken a great deal of interest and care in choosing the music for their Service,” the palace stated. All music will be under the direction of James Vivian, director of music at St George’s Chapel.

What do you think of Harry and Meghan’s wedding music selections? Let us know @BritandCo!