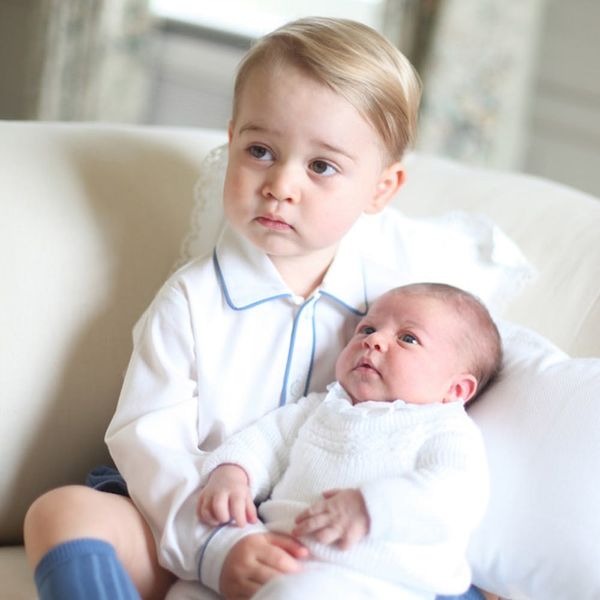 The world has been entranced with Kate Middleton for quite some time now — her style, her perfect shiny mane of hair, her effortlessly chic maternity style. She and Prince William certainly cut an attractive profile and have added chubby-cheeked Prince George and adorable infant Princess Charlotte to their ridiculously beautiful brood. Now scientists are using crystal ball-like software to show what the kids will look like a few decades down the line. Not to be creepy, but they’re going to be super good-looking.

Recently, scientists from the University at Bradford in England have developed a new age-progression software that they claim is “80 percent accurate.” They decided to test out their new technology on the two famous royal babies and, while only time will tell about how accurate these results are, it certainly looks promising for George and Charlotte. Above are the royal kids today.

Here’s what they predict Prince George will look like at 40 years of age. What a looker! Anyone else get kind of a Bradley Cooper vibe?

And here’s Princess Charlotte as an adult. Of course, they say hairstyles are merely for illustration, but since she is the daughter of Kate Middleton, we would put money on her having an enviable coif.

Although we wouldn’t mind seeing what the tech can do on more of our favorite famous little ones, there is a serious reason behind this innovation. The University at Bradford in England scientists who developed the age-progression software hope to implement it to help find missing children someday.

Check out the video from Reuters below.

What do you think of Prince George and Princess Charlotte after aging? Would you want to see yourself aged? Tell us in the comments below!

Kimberly Wang
Kimberly Wang writes about all things pop culture, tech, style, and beauty. She's a Bay Area transplant and has an MFA in Creative Writing from Columbia University. On a sunny New York day, you can find her hanging out with her mini schnauzer Isabelle Jellybean on a blanket in Central Park.
Kate Middleton
Tech
Kate Middleton
More From Tech