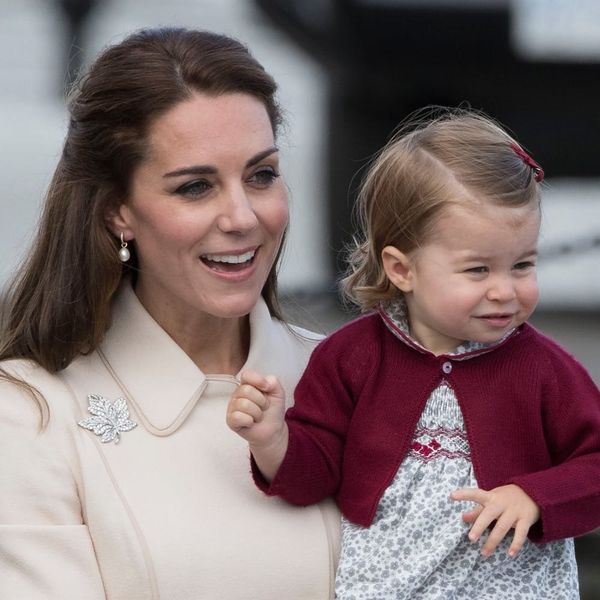 Princess Charlotte continues to charm the world as her second birthday approaches, and while she is still totally twinning with her big brother, Prince George, in almost every way, the tiny toddler is now taking on a new resemblance. Her adoring parents released a new pic of the little princess a day before she turns two, and we can’t help but notice how much she’s beginning to look like Kate Middleton.

Princess Charlotte of Cambridge (or Charlotte Elizabeth Diana) may be fourth in line to succeed her paternal great-grandmother, Queen Elizabeth II, to the throne, after her paternal grandfather, father, and older brother, but when it comes to looks, she’s totally a Middleton.

Looking *so* much like her brother did at the same age, though with bright blue eyes instead of his dark brown, the two are basically tiny little royal twins.

But in a new pic released by Kensington Palace, we can’t help but notice how much she’s starting to look like her mom, with her sweetly square face and round cheeks that have a touch of pink to them whenever she smiles. Flashing a tiny grin while wearing an adorable yellow cardigan adorned with images of blue sheep, her hair (which is much longer than it was on her first birthday) is held back with a bow that absolutely tops off the cuteness.

We may be a day early, but… Happy Birthday, Princess Charlotte (AKA Kate’s mini-me)!

Do you think Princess Charlotte looks like her mom? Let us know @BritandCo!