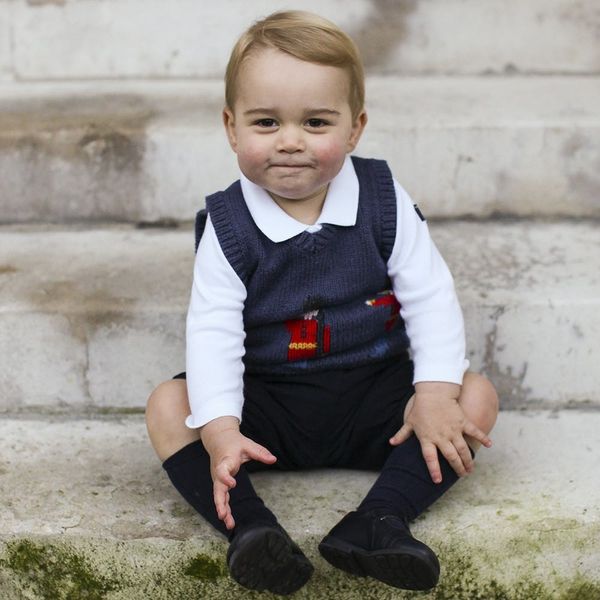 Wait, wasn’t it just yesterday that we were ogling over the first photos of Prince George outside of London’s St. Mary’s Hospital? Time flies, my friends. The now-two-year-old Prince George is all grown up and headed off to school.

Earlier this morning, Kensington Palace shared a few of the most adorable snaps of Prince George we’ve ever seen on their Twitter account. The photos are captioned, “Prince George arrives for his first day at nursery in Norfolk earlier today.” The royal tot is attending the Westacre Montessori School in Norfolk, which is a short drive from the family’s country estate, Anmer Hall. BBC reports the prince will attend the nursery here while the family stays at their second home, but not when they are in their permanent residence, Kensington Palace in London.

Like those adorable photos of Prince George and Princess Charlotte that had the world swooning, these already iconic images were taken by the Duchess herself. If being a real-life Cinderella ever gets old, we’re thinking Kate definitely has a future in photography. So, if you need us, we’ll just be here squealing over how unbelievably cute Prince George looks in quilted jacket and baby blue backpack. I mean, it’s kind of unreal.

What’s your favorite photo you’ve seen of Prince George so far? Share it with us on Twitter @britandco.

(Photos via @KensingtonRoyal and Getty)