Morning Buzz! Cities Everywhere Lit Up Purple for Prince and the Photos Are Magical 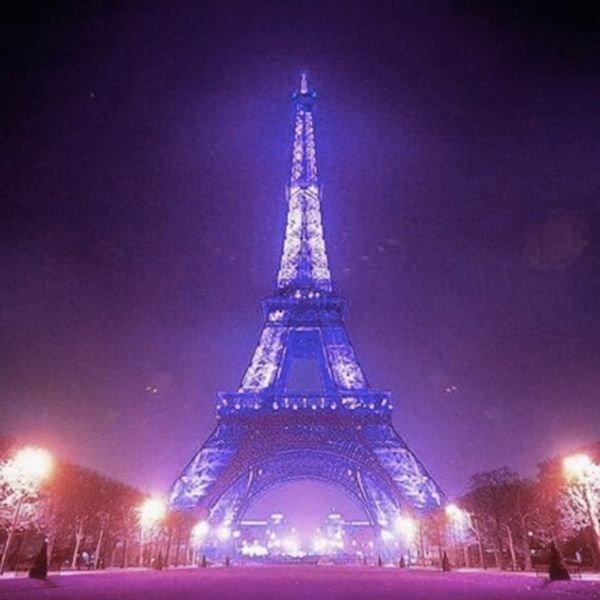 2. Michelle Obama will be on an episode of NCIS.EW reports that the she’ll play herself in an episode that will be set in the White House, and will feature a roundtable on the Joining Forces initiative that she co-founded. Will it be as good as her Parks and Recreation cameo? Only time will tell. (via EW)

3. STOP EVERYTHING: MTV Cribs is coming back — on Snapchat. That’s right, the classic MTV show that brought you inside musicians’ homes will start airing on MTV’s Snapchat sometime in June, as part of the network’s move back to its roots (not the Snapchat part, duh). Instead of camera crews, musicians will selfie-guide viewers straight into their bathtub, as Mariah Carey did on her episode back in the day, and will no doubt face swap with their pets. We can’t wait. (via Variety, photo via MTV)

4. Put your beef rumors to bed everybody — Kylie Jenner and Blac Chyna are apparently just fine. There have been rumors that Rob Kardashian’s recent relationship with Blac Chyna has been putting stress on the Kardashian and Jenner clan. And whether or not that is actually the truth, Kylie and her brother’s fiancée (um, and also Kylie’s boyfriend’s ex) Blac Chyna have decided to publicly put an end to the chatter the way people do these days — by appearing in each other’s Snapchats. “When we’ve been best friends the whole time…” read the caption on a snap Kylie sent, and in one of Blac Chyna’s with the same mirror selfie she wrote “Hanging out with my lil sis.” The two also proceeded to face swap, so you know it’s real. (via @kylizzlesnapchats)

5. This paddleboarder escaping a close encounter with a whale is you getting through the week. Congratulations, and TGIF!

6. Quote of the day: “Dearly beloved, we are gathered here today, to get through this thing called life.” — Prince, “Let’s Go Crazy”