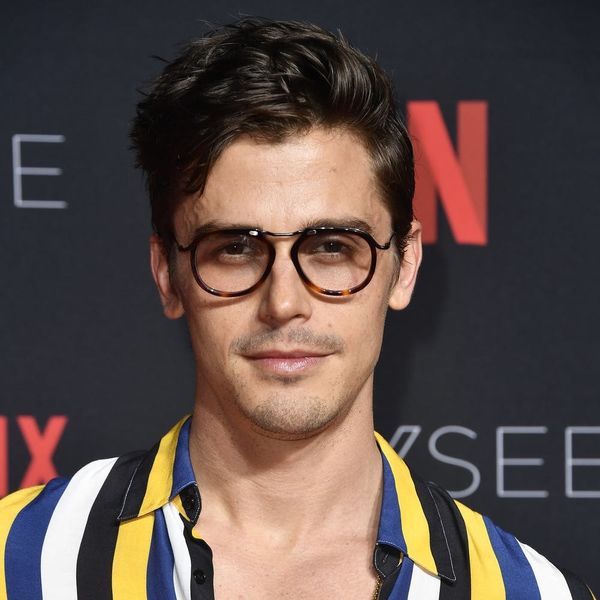 The second season of Queer Eye is now available on Netflix, and through the inevitable waterworks that will ensue, we’ll be watching to see what magic the Fab Five work in their areas of expertise. One question on many people’s minds is whether food expert Antoni Porowski will expand his culinary offerings, and in a recent interview, he admitted that he might not be venturing too far out of his comfort zone just yet.

When asked whether he might whip up a dessert instead of one of his savory appetizer offerings, Porowski came clean that he has no plans to just yet.

“To be 100 percent honest, once the opportunity comes up, it’ll be fitting and I’m 100 percent down,” the foodie told HelloGiggles. Grooming guru Jonathan Van Ness piped up to say that his costar makes apple crumble from time to time, but Porowski made no attempt to hide his preferences.

Following the smash success of Queer Eye season 1, Porowski found himself the subject of jokes about his extensive avocado use and his tendency to teach contestants to make only the simplest of dishes, including grilled cheese, hot dogs, and, yes, guacamole. Of course, the Montreal native is a skilled cook off-camera and maintains that he’s trying to make home cooking as accessible as possible to people who previously had no interest or know-how.

Season 2 will see Porowski, Van Ness, and the rest of the Fab Five — decorator Bobby Berk, culture expert Karamo Brown, and stylist Tan France — celebrate a whole new group of “heroes,” including Tammye, the first woman to get a Queer Eye transformation, and Skyler, a trans man who just wants to “be visible and be present and let everybody know that I’m okay.” Watch it on Netflix starting Friday, June 15.

Are you excited to see what Antoni cooks up on season 2? Let us know @BritandCo!