If Ranch Dip Gives You Life, You’re Going to Love This Cookbook 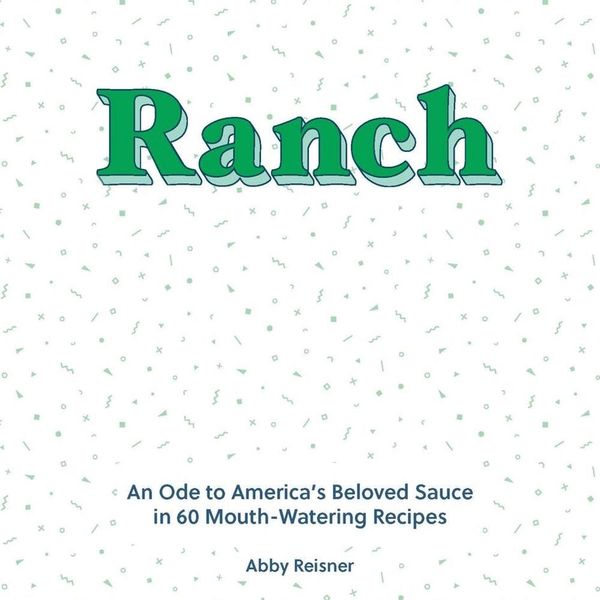 It would be an understatement to say ranch is having a moment. Yes, we always knew it was a dressing option and something we’d dip our pizza crust in. But over the last couple of years, this creamy sauce has been *everywhere*, inspiring author Abby Reisner to dedicate an entire cookbook to this all-American condiment, appropriately named Ranch: An Ode to America’s Beloved Sauce in 60 Mouth-Watering Recipes ($25).

Reisner opens the book by breaking down the history of ranch dressing. Your favorite sauce was created by Steve Henson, who, with his wife, opened Hidden Valley Ranch in 1954 outside of Santa Barbara, CA. The dude ranch was known for Henson’s buttermilk herb dressing, and he capitalized on it by formulating mail-order dried flavor packets that customers could mix with mayonnaise and buttermilk to make the dressing at home. It wasn’t until 1972 that Clorox bought Hidden Valley, calling the mix “Party Dip” and making it available at stores across the country for 39 cents.

After you learn the fascinating history of ranch and its influence in food over the last few decades, the cookbook transitions to 60 mouth-watering ranch recipes from the OG ranch dressing recipe to more unusual dip variations like ranch baba ganoush and smoked trout ranch dip.

We tried the caramelized onion ranch dip, which can best be described as a green goddess and French onion dip hybrid, and it’s crazy delicious. We put it in the center of a crudités platter, but you can really use this dip for anything — even old-school as a Ruffles chip dip.

Onion dip and ranch dressing both know what it’s like to be ostracized. While everyone was busy turning up their noses at these flavor-bomb packets, they stuck to their shelf-stable roots and outlived the haters. This recipe seeks inspiration from that old pantry hero but calls on fresh ingredients and heady caramelized onions. For a thicker version, swap Greek yogurt for the whole milk yogurt. Pair with potato chips for a snack that’ll throw you back to the first “fancy” cocktail party you ever attended.

1. In a large skillet, melt the butter and heat with the oil over medium heat. Add the onions and cayenne, and season with salt and pepper. Cook, stirring often, until the onions are soft and golden, about 10 minutes.

2. Reduce the heat to low and continue to cook, stirring occasionally, until the onions are deeply brown and caramelized, about 20 minutes. If the onions begin to stick to the skillet, add a tablespoon of water and stir, scraping the bottom of the skillet.

3. Remove the skillet from the heat and allow to cool completely.

4. In the bowl of a stand mixer fitted with a paddle attachment, combine the caramelized onions, yogurt, mayonnaise, sour cream, garlic, scallions, dill, parsley, chives, and buttermilk. Beat on medium-low until the ingredients are well combined and the texture is smooth. Season to taste with more salt and pepper.

4. The dip will keep in an airtight container refrigerated for up to 3 days.

Show us your favorite ranch recipe by tagging @BritandCo on Instagram!

Gabi Conti
Gabi Conti has two passions in life: food, and dating. She went on 10K hours of dates in her 20s and is sharing her knowledge in her first book 20 Guys You Date In Your 20s, which drops with Chronicle in the spring of 2020. Gabi is a writer and host, who currently hosts and writes a weekly entertainment show Hollywire Vlogs, she wrote and hosted 423 episodes the Elite Daily Show for Verison’s go90 and Elite Daily. She has contributed dating and wellness articles to Cosmopolitan, Hello Giggles, POPSUGAR, mindbodygreen, and Elite Daily. You can follow her on Instagram @ItsGabiConti.
Appetizer Recipes
Recipes
Appetizer Recipes Cookbookmarked Party Ideas
The Conversation