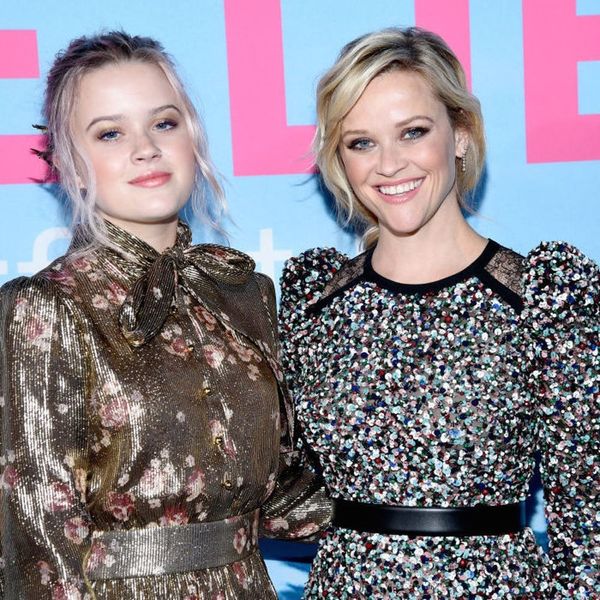 On Big Little Lies, Reese Witherspoon plays a fierce mom in a town full of secrets. In real life, she has nothing hide and she proved it when she opened up to Conan O’Brien about some of her quirkier mothering habits.

“I communicate with them in funny ways,” she said of her older kids, Ava, 17 and Deacon, 13. “I send them weird Snapchats of me doing old man voices and goofy teeth.”

Reese, who also has a 4-year-old son named Tennessee, is a fan of sharing her strange web finds with her spawn. “I like to haunt [Deacon] during the day, so I’ll send him pictures of disgusting animals and be like, ‘I’m feeling like this today,’ ” she explained. “And I’ll put #mondayfeels’ or something like that … I just try to gross him out.”

When asked if she’s a strict or easy going mother, Reese put it this way: “I guess I’m kind of strict about stuff, but it’s funny, once you start to have teenagers, and they become more adult, and you have these relationships that emerge with them. My daughter said the other day, ‘It’s like we look like Dad, but we got our weirdness from you.'”

Reese’s kids inherited more than just her “weirdness.” Despite the fact that they’re raised in California, they’ve picked up on mom’s Southern tendencies.

“When I get really mad, I get really Southern,” she told Conan. “I’ll give you a ‘sit-to’ which just means you have to sit down and listen to what I have to say. If you really make me mad, then I give you ‘what-for,’ which is a whole other thing you don’t want to get involved in… My daughter says the other day — she’s born in California, but she said, ‘And I gave that person a sit-to, and I told them what-for.’ It’s seeping in, I’m so excited!”

What do you think of Reese Witherspoon’s parenting style? Let us know @BritandCo!

Rachel Davies
Rachel Davies is a writer, curator, and editor. Apart from writing, Rachel loves to read, take Greyhound buses, and drag her friends to museums every weekend. You can find Rachel over on Twitter @rachelcomplains.
interview
Celebrity News
interview
More From Celebrity News