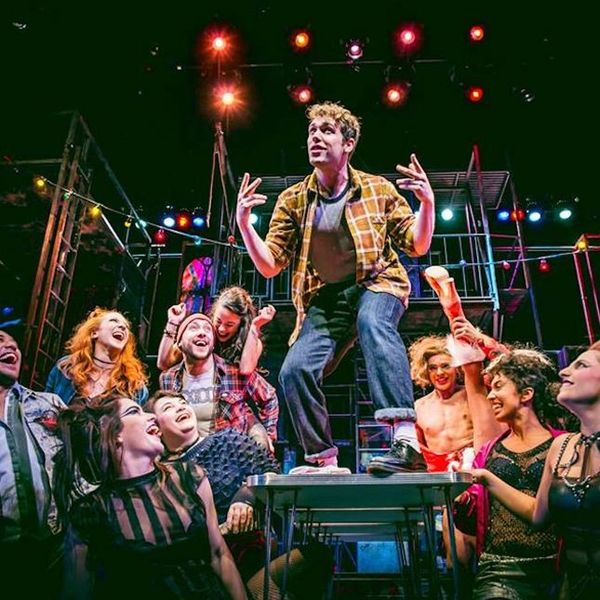 Last year, we were pretty much beside ourselves over Fox’s live rendition of the 1978 hit musical, Grease, which saw heavy-hitters such as Vanessa Hudgens and Julianne Hough taking on the famous roles of Rizzo and Sandra Dee. So revered was the spectacle, in fact, that even OG cast members were offering their support, sending out Tweets and gifting the new cast with some of their original gear.

Its follow-up, Hairspray, wasn’t as big of a hit with some fans without Zac Efron, but boasted pipes which included Ariana Grande and Jennifer Hudson, and really, how can you go wrong with either? Now, Fox has announced the focus of its next big musical feature, and guys? It’s gonna be good. Enter Rent: the beloved Broadway tale of seven starving artists trying to hit it big while still trying to make — you guessed it! — rent, is getting the live television treatment, and we couldn’t be more excited.

“We are so honored to partner with the estate of the brilliant Jonathan Larson (the play’s original writer) and producer Marc Platt (the man behind such musical hits as Grease: Live, La La Land, and Wicked) on one of the great musicals of our time,” said Fox CEOs Dana Walden and Gary Newman in a joint statement. “The title is so iconic, the music is so beloved, and the themes are as meaningful today as they were when the show first premiered on Broadway. With Marc overseeing this project, we are sure it will have a profound impact on the legions of fans who know and love this musical.”

While no premiere date has been set and casting is still very much up in the air, it will be interesting to see how the made-for-TV version deals with the play’s more risqué materials, which include prostitution and STDs and have made it an issue for high school communities in the past.

With the FCC keeping a close eye, Fox’s live remake will no doubt be somewhat watered down, but we’ll still be counting down what’s sure to seem like the 525,600 minutes it will be until its air date, which is likely to come before Fox’s other announced project of A Christmas Story live — eee!

What do you think about Rent becoming a musical? Sound off over @BritandCo.