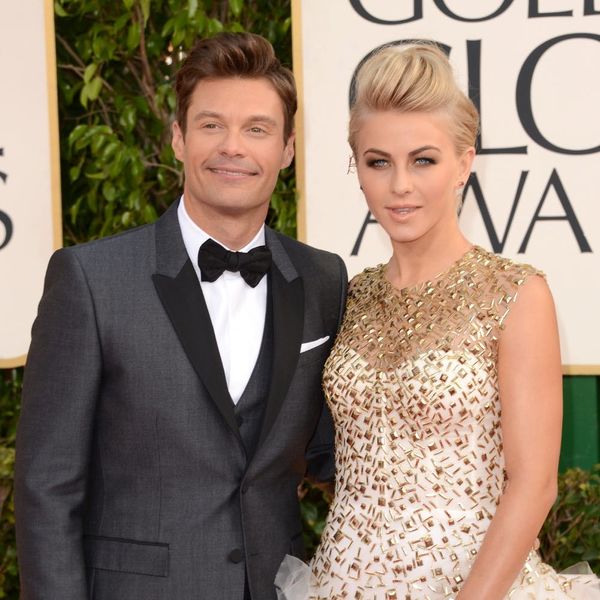 It may not always be easy to stay on friendly terms with your ex (frankly, at times it’s downright impossible), but Ryan Seacrest and newlywed Julianne Hough seem to be doing a pretty good job, and we’re totally here for it. As Hough celebrates newlywed life just days after getting married to Brooks Laich, Seacrest (now dating Shayna Taylor) has sent her a sweet message congratulating her on the super special occasion.

On Saturday, July 8, Hough said “I do” and kissed her new hubby, NHL player Laich, in front of 200+ guests at a gorgeous ceremony near Coeur d’Alene, Idaho. And while Seacrest — who dated the Dancing With the Stars celeb for two years, ending things in 2013 — wasn’t among those in attendance, he did get a glimpse at the event this morning on Live With Kelly and Ryan.

“She looks stunning,” he said, appreciating how lovely Hough looked in her custom Marchesa gown. “Congratulations, Julianne.” He also spent a little time reminding the crowd how “super talented” the new bride is (something we’re well aware of, TBH) and sent some love to Hough’s family, telling the audience, “They’re terrific people.”

Are you friends with any of your exes? Let us know @BritandCo!