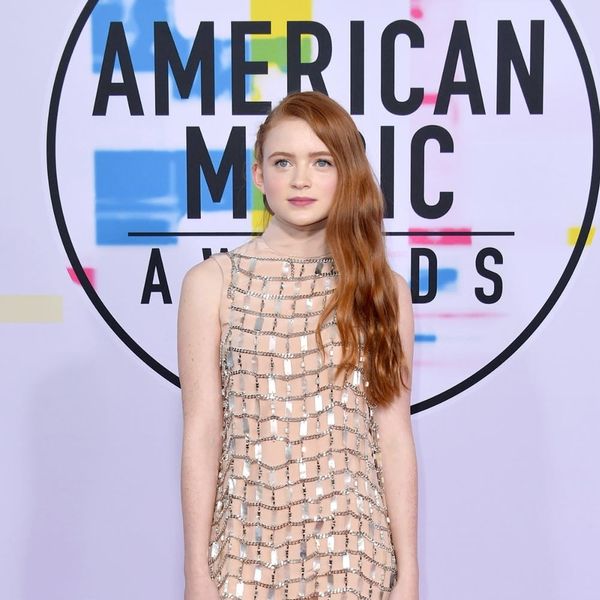 Netflix’s hit show Stranger Things has catapulted its young stars into fame, and not just for their stellar acting skills. Millie Bobby Brown has become on fashion-minded teen, starring in Calvin Klein by Appointment campaigns and becoming a red carpet darling. But she’s no the only one who is finding a second calling in fashion: season two newcomer Sadie Sink is starring in a major holiday fashion campaign.

Sink, who plays tomboy Max Mayfield in season 2, put aside her skateboard and video games in the name of fashion. She just appeared alongside the likes of Chloë Sevigny, Elle and Dakota Fanning, and Julia Garner in Miu Miu’s holiday campaign, simply called “Whispers.”

In the video, Sink can be seen in a rhinestoned top with dangly earrings — a far cry from Max’s standard sweatshirt and jeans — lighting a candle before exchanging whispers with her fellow ladies.

Miu Miu describes the video as “a short film starring Miu Miu muses Dakota Fanning, Elle Fanning, Julia Garner, Chloë Sevigny and Sadie Sink [that] explores the short but furtive conversations that occur in the warm window of holiday parties, wherein dialogue is as ornamented with meaning as the most thoughtful of gifts.”

At the end, Sink blows out the candle, putting an end to the hushed conversation, but you can bet it’s not the last you’ll see of the redheaded star.

What do you think of Sink’s style? Do you like Max? Tell us @BritandCo!

Shea Lignitz
Shea can be found in the nearest bookstore or brewery, exploring the great outdoors, or blasting Led Zeppelin. She grew up in the cold and rain of Northern California's redwoods but is currently wandering around Texas.
Celebrity Style
Celeb Style
Celebrity Style Designer