A Foldable Smartphone Screen May Be on Its Way 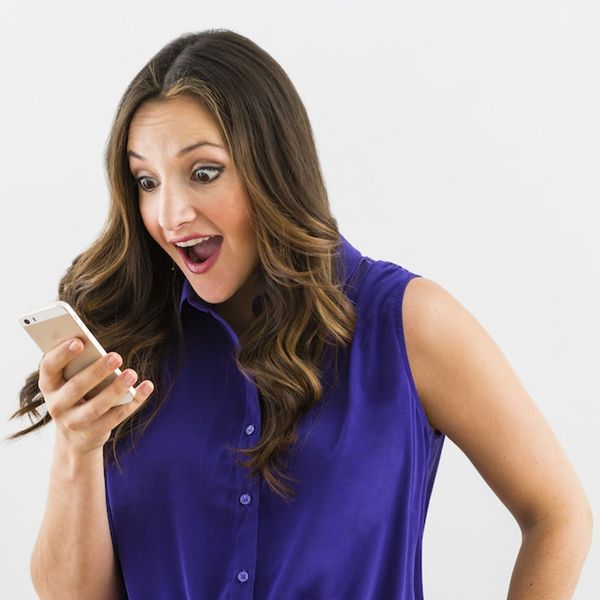 In recent years, the trend in smartphones has been increasingly large display screens that help make our texts, photos and emojis pixel perfect. But fitting a mammoth-sized resolution into a pint-sized pocket can be tricky — unless you manage the physics-defying feat of folding your phone. Rumor has it that Samsung may be making the impossible possible with the first commercially available smartphone that folds in half to fit into your pocket.

SamMobile, a Samsung mobile blog, first reported that Samsung’s new phone with a foldable display is rumored to be offered in two varieties that both include 3GB of RAM, a MicroSD slot for plenty of storage and a non-removable battery. The main difference between the two models would be in their deployment of one of Qualcomm’s newest and fastest processors to help curb your digital cravings as soon as they hit. One model would use the Qualcomm Snapdragon 620, and the other the Snapdragon 820.

If anyone can bring the mind-bending concept of a bending phone to reality, it might be Samsung, who first introduced the concept of a foldable display at the 2013 Consumer Electronics Show. The Galaxy S6 edge already featured a pretty impressive dual-edge curved display that the new foldable phone could one-up if brought to consumers.

The new phone is rumored to be available as early as January 2016 in South Korea. Although pricing of the new phone is unknown, we have a feeling that early adopters should be willing to fork over a few Benjamins before folding this phone away into their pockets.

Is Samsung’s foldable phone the beginning of a new mobile revolution? Let us know in the comments below!

Manasa Reddigari
Manasa is a freelance writer with a passion for the weird and wonderful technologies that are transforming life as we know it today.
Tech
More From Tech