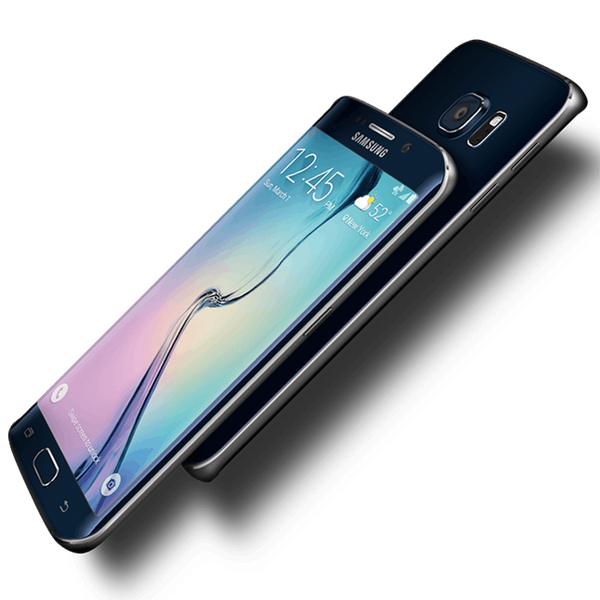 We have always had a strong connection with Apple + the iPhone (sorry ’bout it). But after the announcement of Samsung’s two new devices — the Galaxy S6 + Galaxy S6 Edge — it may finally be time to trade in our iOS devices for Android ones.

Today at the Mobile World Congress in Barcelona, Samsung announced two new devices that are sure to keep Android lovers (and even non-lovers) satisfied. The Samsung Galaxy S6 + S6 Edge are reportedly globally launching on April 10, just in time to take on the Apple Watch in the tech sales department. Both new devices are packed with innovative changes from previous versions of the Galaxy S line that might make you consider the switch — let’s take a look at the top five features you’re going to wish your iPhone had.

1. The Camera: The S6 + S6 Edge are packed with a 5 megapixel front-facing camera (with a lens that is 120 degrees for wide-angle selfies) and 16 megapixel back camera. With camera options like optical image stabilization and 4K video recording, you really have no need for that DSLR anymore. Also, FYI these phones provide 8 megapixels more than the iPhone (SAY WHAT?!).

2. The Curve: Exclusive to the S6 Edge, a dual-edge curved display (which is the only phone with a screen like this, BTW) allows for more room for features + fun. For example, the side screens light up with distinct colors when notifications come in from contacts. #gorgeous

3. The Body: Not only do the new phones take incredible shots, but the devices themselves are gorgeous. Crafted with metal bezel and glass, they make the older versions look like toys in comparison. Also, with a 5.1″ Quad HD Super AMOLED display (inspired by Samsung TV’s) the visuals are guaranteed to be stunning.

4. The Speed: These new phones are also exceptionally fast thanks to 3GB of RAM and a 64 bit Octa-core processor. All that speed for all that multi-tasking!

5. The Extra Features: Obviously all of the excitement from the new features we mentioned wasn’t enough so Samsung threw in some bonuses. The new phones will have WPC + PMA support for wireless charging (hey, new IKEA furniture!), a better fingerprint scanner and eventually Apple Pay competitor Samsung Pay.

While there is no price point for either phone yet and the launch date isn’t *officially* confirmed, we are still having an internal battle on whether to drop our long-standing love with the iPhone. At least we have a month to make up our mind.

Will you be ditching your iPhone or other smartphone for the Samsung Galaxy S6 or Galaxy S6 Edge? Let us know in the comments.