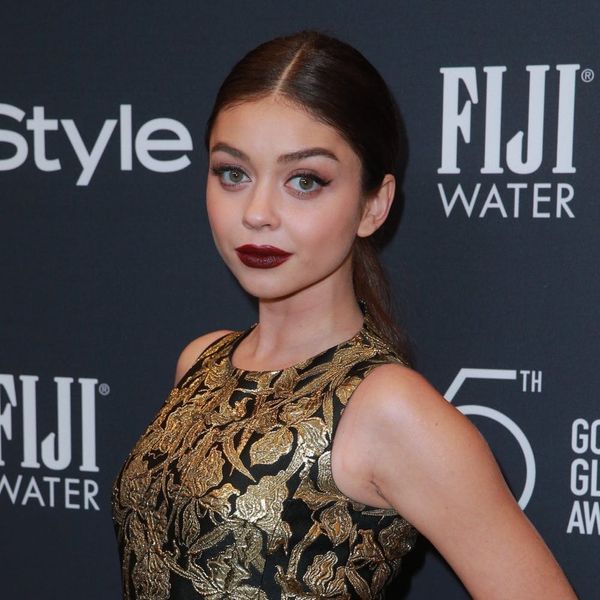 Sarah Hyland and Wells Adams haven’t been dating for that long, but they’ve already worn Halloween couples costumes and put their affection for each other on full Instagram display (to the chagrin of some haters). Before they met, though, she was actually “rooting” for him to be with someone from Bachelor Nation.

“Yeah, I was. I was rooting for him,” the Modern Family star told E! News when asked if she was previously a fan during the Modern Family 200th episode celebration. “I was like, ‘Kiss the girl!’ I started singing it like Sebastian [the crab from The Little Mermaid].”

Wells first appeared on season 12 of The Bachelorette, starring JoJo Fletcher, and came back into the Bachelor Nation fold when he showed up as the bartender on the most recent, scandal-plagued season of Bachelor in Paradise. He shared on-screen kisses with both Fletcher and BIP contestant Danielle Maltby, so we’re not sure if Hyland was into one, or both, of his Bachelor appearances. But either way, it’s adorable.

Maltby, who herself sparked romance rumors with Adams after their romantic on-screen kiss, is being super supportive of the new relationship. “I ship this couple SO hard! I’ve never seen Wells so giddy and happy,” she wrote in an Instagram comment of her longtime friend.

Wells, a radio DJ from Nashville, became a fan favorite during his time on TheBachelorette, so Hyland certainly wasn’t the only one rooting for him — and despite a few negative reactions to the pair’s “racy” selfie, fans seem happy that he found love after all.

Do you ship Wells and Sarah? Let us know @BritandCo!