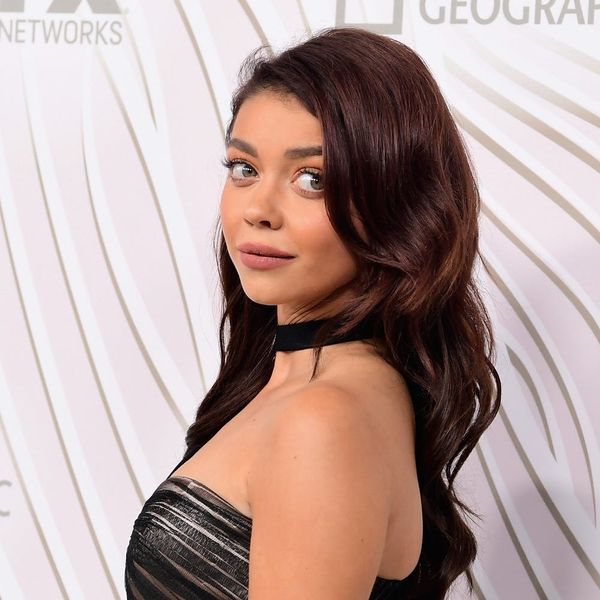 The new romance between Sarah Hyland and Bachelor Nation’s Wells Adams is moving quickly. Shortly after sporting complimentary Stranger Things Halloween costumes, Hyland confirmed their coupledom by wearing his initial on a necklace. This week, they upped their Instagram PDA game in a big way when the Modern Family star posted a selfie of them in bed together with Adams’ dog, only to then have to defend the affectionate snap — and her new relationship — to a hater she had no time for.

The Modern Family star shared a direct message from a follower urging her to “keep [her] sexual life private.” The actress noted that while the “picture I posted might have been inappropriate since we’re in bed,” she couldn’t resist sharing the snap because of Carl (the dog).

“So I just have to say I’m so sorry…FOR POSTING AN ADORABLE PICTURE BECAUSE CARL WAS ACTING LIKE THE NUGGETIEST SNUGGLE BUG!” she wrote. “Couldn’t let that moment pass without getting a picture.”

And here it is pic.twitter.com/OjRo7CG1UY

On a more serious note, Hyland went on to defend her Instagram post, as well as her Twitter account, as her only means of sharing moments of her life with her fans. “I do want my privacy. Especially in relationships. I’ve made the mistake in the past on being way too open and talking way too much about them,” she said. “This time is different. It’s special. And I will share what I [deem] ‘appropriate’ on social media because I still want you all to be updated.”

She also made sure to point out that it was actually not possible to tell if they actually were naked in the snap, while telling those with negative opinions of the pic to not be hypocrites. “Either be conservatives on all fronts or FREE THE NIPPLE,” she wrote.

According to Wells, he and Hyland met via the internet. While things are still new between them, Wells is already making early plans for their Halloween costumes next year, and Hyland’s TV mom Julie Bowen said that Hyland is “happy as can be.” We’re gonna bet this isn’t the last PDA selfie we’ll be seeing from these two.

Do you think Wells Adams and Sarah Hyland make a cute couple? Let us know @BritandCo!