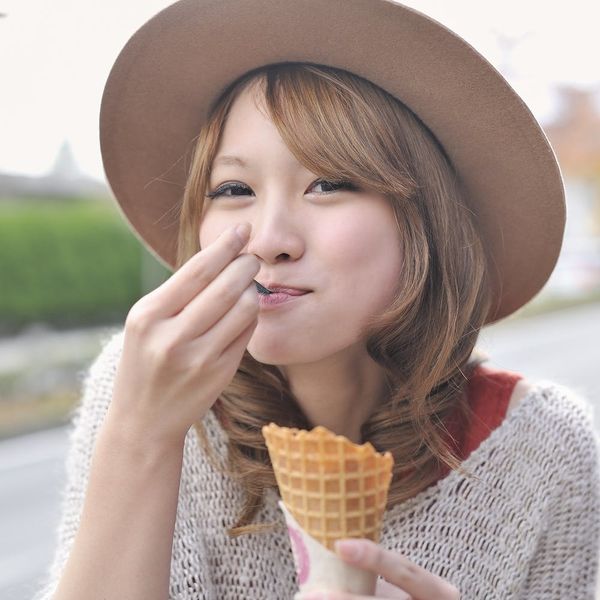 We’ve heard of a lot of great ways to get a culinary kick-start to your day, including indulging in some foods that even taste like dessert, but having actual dessert for breakfast has always seemed like a total no-no — until now, that is!

According to a November report from Japanese website Excite News, one Professor Yoshihiko Koga at Tokyo’s Kyorin University found that eating ice cream for breakfast — yes, ice cream! — seemed to have cognitive benefits in a study between two groups.

Instructing a group of control participants to begin a series of mental exercises after having a normal breakfast and another group to indulge in the cold delight instead, the professor found that the group who had eaten the ice cream had “high-frequency alpha waves” present in a scan of their brain activity. This, in turn, resulted in “reduced mental irritation,” increased alertness and a better overall performance than their non-ice cream-eating counterparts. You don’t say!

We know what you’re thinking — that totally could’ve been a fluke. The professor thought so too, which is why he repeated the same test, substituting cold water for ice cream this time around.

As it turns out, the ice cream really was the key to the test group’s performance boost. While the group that drank the cold water saw a slight increase in score over those that went without, it wasn’t quittttteee as significant as the group that had eaten the ice cream.

Super exciting news, right? Not so fast (we knew there had to be a catch!): As nutrition-consultant Charlotte Stirling-Reed told The Huffington Post, the results could be explained by the rush of the forbidden — since we’re normally not “allowed” to have ice cream for breakfast, it’s possible the thrill alone was enough to cause the spike in waves.

Alternately, it could have also been a side effect from the food’s glucose… which would likely cause you to crash later. Instead of ice cream, Charlotte recommended the outlet’s readers stick to “slow-release foods,” such as — shocker! — porridge (AKA oatmeal), fruit and the like — womp, womp.

Ah, well. Everything in moderation, right? One day couldn’t hurt…

Ice cream for breakfast: Yay or nay? Sound off over @BritandCo.

Nicole Briese
Nicole is the weekend editor for Brit + Co who loves bringing you all the latest buzz. When she's not busy typing away into the wee hours, you can usually find her canoodling with her fur babies, rooting around in a bookstore, or rocking out at a concert of some sort (Guns N' Roses forever!). Check out all her latest musings and past work at nicolebjean.com.
Ice Cream
Most Recent
Ice Cream science study