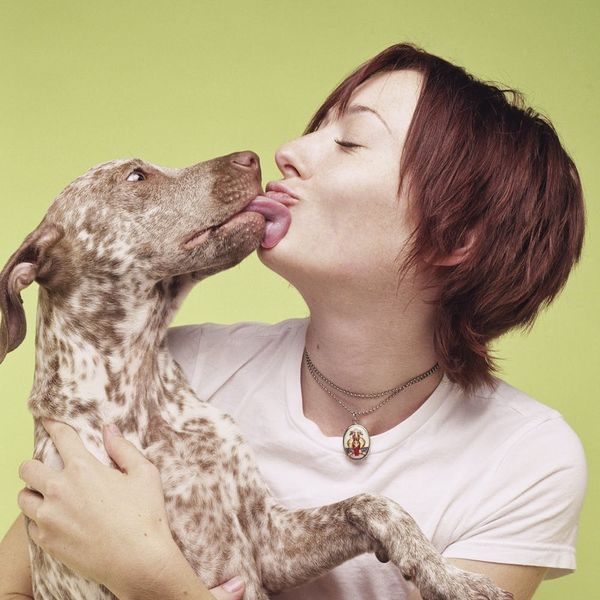 Dogs have long been known as (wo)man’s best friend, with some even skipping kids and grandkids for grandpuppies (awww!). Whether we’re buying them puppy designer clothing or celebrating their birthdays, the love we have for our “fur babies” is real. So real, in fact, that a new scientific study says it surpasses our love for our fellow human.

A report published in Society and Animals, a journal of human-animal studies, suggests that people are actually more empathetic toward dogs than humans.

The study consisted of a group of 240 people who were shown fake newspaper stories about a would-be attack on either people (a one-year-old baby or a 30-year-old adult), or on a dog (a puppy or a six-year-old pup). The disturbing fictional event described each human and canine victim as being beaten with a baseball bat and left unconscious, with a broken leg and multiple lacerations. The participants were then asked how they felt.

While the group was likely none too pleased with any of the ill-fated scenarios, findings showed that their level of concern and distress for the puppy, the older dog, and the human baby were similarly high, with the adult human ranking last.

“Subjects did not view their dogs as animals, but rather as ‘fur babies,’ or family members alongside human children,” the study concluded.

We can’t say we’re terribly surprised: Not only is an animal or baby far more helpless against an attacker than a grown adult might be, but our pets are indeed like family members, (a fact Ryan Gosling can surely attest to).

Given that dogs have also been proven to chemically love humans more than other pets, such as a cat, it’s clearly a two-way-street — but you didn’t need a study to tell you that!

Do you find you’re more empathetic to dogs than other humans? Let us know @BritandCo.